Yes, it’s time to be alarmed about our pension system debt

By: John
In: Richard Eckstrom 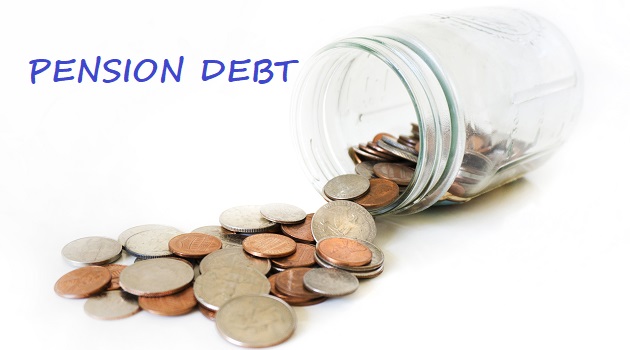 A school in Colorado Springs, Colorado was shuttered.

In Three Rivers, Oregon, the school board shortened the school year five days and laid off employees.

Schools in Louisville, Kentucky, will no longer have police stationed in them under a city budget pending approval this week — a plan which would also close two libraries and cut 88 jobs.

The city of Harvey, Illinois laid off 40 police officers and firefighters.

In the nearby village of Norridge, Illinois, property taxes shot up 35 percent. In San Francisco, they increased $298 annually.

Officials in Central Falls, Rhode Island asked retired city employees to voluntarily take a 50 percent cut in their already-earned retirement benefits. The retirees refused but the town cut them anyway – as part of a Chapter 9 bankruptcy plan.

As I’ve been sounding the alarm for the past two decades about South Carolina’s worsening pension funding crisis, I’m sometimes asked what it all means – what are the real-world consequences to the average person?  Each of the above is a direct, tangible consequence of neglecting growth in public pension debt until only drastic options are left: steep cuts in vital services, hefty tax hikes or, most unconscionable of all, defaulting on promises made to retired public employees.

These are just some of the examples I’ve learned of. And aside from the Central Falls case, they don’t include those municipal governments which have either successfully or unsuccessfully sought bankruptcy protection from creditors – in states that allow it – such as Detroit, Michigan and Stockton, California.

South Carolina’s retirement plans currently face a funding shortfall of at least $24 billion. That’s a lot of money – three times more than our current general fund budget. Making up such a shortfall will be painful all around, and the pain will increase annually as we ignore it and let it fester.

In 2017, the Legislature passed what was framed as step one of a two-part fix. It addressed the issue the only way it seems to know how – by pumping more taxpayer dollars into the system. But while more money was certainly needed, truly fixing the problem would require major structural changes – reforms for which lawmakers lacked the political will. So, step two never happened.

And when it came time to consider what to do with last year’s $177 million revenue surplus, applying money toward the pension shortfall – our state’s most serious long-term problem – simply didn’t make the Legislature’s list of “priorities.”

Which brings me to a couple of questions I got last week from someone who’d heard me recently speak about this. Why don’t S.C. politicians seem to take the pension problem seriously? And what will it take to spur state leaders into action?

To the first question, I’d offer that there are a couple of reasons — primary among them that, historically, politicians have always figured they’d be long gone from office by the time this financial time bomb detonates. Blissfully ignoring it makes it a problem for future politicians to deal with, a burden for future generations to shoulder.

Yet other states have started to realize that time is no longer an ally. The day of reckoning is arriving.

Another reason for down-playing this problem is because it isn’t the kind of bread-and-butter issue that easily appeals to voters. But make no mistake: This $24 billion problem stands to impact the issues you care about most, whatever they are. It threatens our local schools, our police and fire protection, our street maintenance, our wallets, and our quality of life.

The question “What will it take?” is a harder one, but I hope people will consider the examples I’ve cited about the high cost of inaction. Then, pick up the phone. Call your House and Senate representatives. Make sure they know what’s at stake, and that you’re paying attention.

In government, change never comes easy. But it never comes at all unless people demand it.

I’ve been warning about our broken retirement system since the early 2000s, and there was a time when I’d preface my comments with, “I don’t want to alarm you, but…”

The time bomb has been ticking away since. It’s certainly time to be alarmed by the enormous debt facing our retiree pension fund.