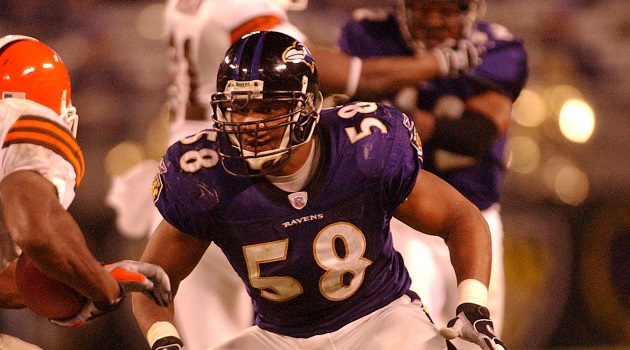 On Monday, May 23, Pete Boulware was inducted into the South Carolina Athletic Hall of Fame for his accomplishments in football at the SC Athletic Hall of Fame Induction Ceremony and Banquet held at the Columbia Metropolitan Convention Center.  Boulware was named All-State and a Shrine Bowl participant from Spring Valley High and he later became a defensive end at Florida State earning All American Honors.

When it was time to turn pro he was the fourth overall pick in the 1997 NFL Draft and spent his entire eight-year pro career with the Baltimore Ravens. He was named to the NFL All-Rookie Team and the league’s Rookie of the Year in 11997. He went to four Pro Bowls (1998, 99, 02, and 03) and was a member of the 1999 All-Pro Team. Boulware won a Super Bowl ring with 2001 Ravens victory.

Doug Bridges is a Realtor with Coldwell Banker and was Pete’s first football coach at Polo Road in 1986. Pete was 11 years old at that time.