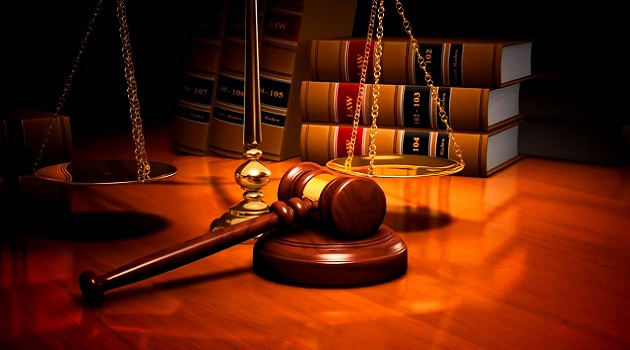 United States Attorney Sherri A. Lydon has announced Reggie Denard Goodwin, age 47, of Columbia, South Carolina, pled guilty in federal court to possession with intent to distribute cocaine and crack cocaine and to being a felon in possession of a firearm and ammunition.

Evidence presented in court established that on March 13, 2018, deputies with the Richland County Sheriff’s Department stopped Goodwin’s vehicle after observing a traffic violation. When deputies approached the vehicle, they observed Goodwin, a female, and a small child in the vehicle. Deputies smelled marijuana and asked Goodwin, the driver, to exit the vehicle. Goodwin actively resisted arrest, struck the officer’s arm, and tried to flee.

A loaded .380 caliber handgun, which was later determined to be stolen, was found in Goodwin’s pocket. Inside the car, deputies located a digital scale and baggies of cocaine, crack cocaine, and marijuana. After waiving his rights, Goodwin admitted that he tried to run because he had drugs and a gun. Goodwin was arrested on state charges and released on state bond.

While out on state bond from the March 2018 drug and gun offenses, Goodwin was involved in a high-speed chase June 1, after Richland County Sheriff’s Department deputies attempted to stop his truck for a traffic violation. The chase ensued through highly-populated areas of Columbia, including Devine Street and Garners Ferry Road. During the chase, a deputy observed Goodwin throwing baggies out of his truck. Goodwin lost control and wrecked his truck as he crossed into on-coming traffic over a raised median at the on-ramp to I-77. Goodwin exited the truck with a handgun in his hands, which he tossed into the brush when he attempted to flee. Goodwin resisted arrest and struggled with deputies, breaking one deputy’s eyeglasses. Deputies were able to locate the loaded .38 caliber firearm in the brush where Goodwin tossed it. Goodwin was arrested on state charges and released on state bond. Thereafter, a federal complaint and arrest warrant were issued. Goodwin was arrested on federal drug and gun charges and remains in custody.

Senior United States District Judge Joseph F. Anderson, Jr., of Columbia accepted the guilty plea and will impose sentence after he has received and reviewed the presentence report, which will be prepared by the United States Probation Office. Assistant United States Attorney Stacey D. Haynes of the Columbia office is prosecuting the case.

The case was investigated by the Bureau of Alcohol, Tobacco, Firearms, and Explosives (ATF) and the Richland County Sheriff’s Department. It was prosecuted as part of the joint federal, state, and local Project CeaseFire initiative, which aggressively prosecutes firearm cases. Project CeaseFire is South Carolina’s implementation of Project Safe Neighborhoods (PSN), the centerpiece of the Department of Justice’s violent crime reduction efforts. PSN is an evidence-based program proven to be effective at reducing violent crime. Through PSN, a broad spectrum of stakeholders work together to identify the most pressing violent crime problems in the community and develop comprehensive solutions to address them. As part of this strategy, PSN focuses enforcement efforts on the most violent offenders and partners with locally based prevention and reentry programs for lasting reductions in crime.

2018-12-21
Previous Post: Catch The COMET holiday bus for free
Next Post: Winterfest is back at the State Museum