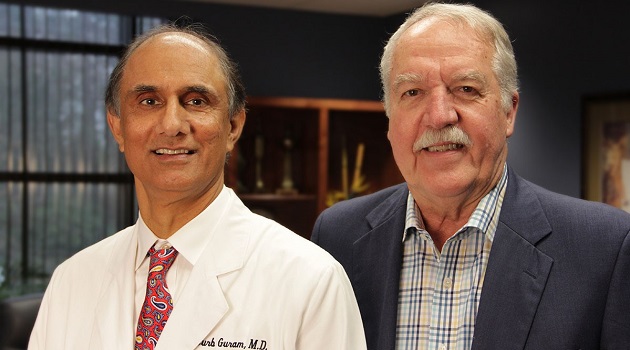 Aspirin has been consumed by humans for thousands of years. Ancient Egyptians used aspirin’s ingredients as an anti-inflammatory and pain reliever. In 2016, Harvard Medical School’s Harvard Health, Robert Shmerling, MD wrote: “Imagine that after years of painstaking research, scientists announced the development of a breakthrough treatment that costs pennies a pill, saves lives, and could reduce healthcare spending by nearly $700 billion in the coming years. And you wouldn’t even need a prescription to get it. Perhaps this all sounds too good to be true. But, according to a new study, we already have such a drug: it’s called aspirin.”

The title of the article underscored what many in the medical community—and population in general—were wondering: “Is Aspirin a Wonder Drug?” With all this positive press, it’s easy to understand how the public might view aspirin as “miracle medicine” for preventing serious illnesses. Perhaps that’s why nearly 30 million Americans aged 40 and over who don’t have existing cardiovascular problems take aspirin daily…6.6 million of whom do this without the recommendation of their doctor, as Lindsey Konkel reported in a 2019 Consumer Reports’ article.

Now, consider the serious risks! In 2019, the American Heart Association reported, “According to three significant studies published last year and one major analysis released this year that looked at 10 other studies, the benefit from taking a daily low-dose aspirin was offset by the danger of internal bleeding and other side effects in people considered to be at low or moderate risk for heart disease.”

From a cardiovascular perspective, aspirin helps prevent heart attacks and strokes by reducing the accumulation of platelets. According to the Mayo Clinic, Advil and Motrin IB, Aleve, Heparin, corticosteroids, Plavix, some antidepressants, and other blood thinners (Eliquis, Pradaxa, Xarelto, and Warfarin) can increase your bleeding risk if you combine them with daily aspirin therapy. Omega-3 or fish oil supplements, kava, green tea, and ginkgo can also cause bleeding problems when used on top of aspirin. Also, since aspirin and other blood-thinners can cause excessive bleeding during surgery or dental procedures, work with your surgeon, dentist, and primary care physician to determine if you need to cease using aspirin before any surgical procedures.

Although not everyone should take aspirin preventatively, there is one situation where nearly everyone will benefit from it: during a heart attack. Cardiologists recommend that, after calling 911, heart attack sufferers chew a 325 MG non enteric-coated aspirin and then swallow it with water (even if you already take a daily aspirin). Consequently, you may want to keep a small bottle of the full-strength aspirin readily available.

The bottom line: According to Harvard Health, “Don’t take aspirin just because you’ve heard it can help prevent a heart attack or stroke. It can but it can also do some damage. If you are healthy, haven’t been diagnosed with heart disease or other cardiovascular disease, and don’t have risk factors for them, aspirin is probably not for you. You’ll reap little benefit while exposing yourself to side effects you’d rather stay away from.” Discuss the use of aspirin with your physician, preferably an internist and cardiologist, to determine if a low-dose aspirin is for you!

Visit www.mikedubose.com and select “Published Articles” for a detailed version of this article on aspirin. We encourage you share this information with others to help spread our purpose to: “Create opportunities to improve lives.”

Mike DuBose has been an instructor for the University of Social Carolina’s graduate school since 1985 when he began his family of companies and is the author of The Art of Building a Great Business. Visit his nonprofit website www.mikedubose.com for a free copy of his book and additional published business, travel, and personal articles, as well as health articles written with Surb Guram, MD.