A Friend Seeking Help For a Friend 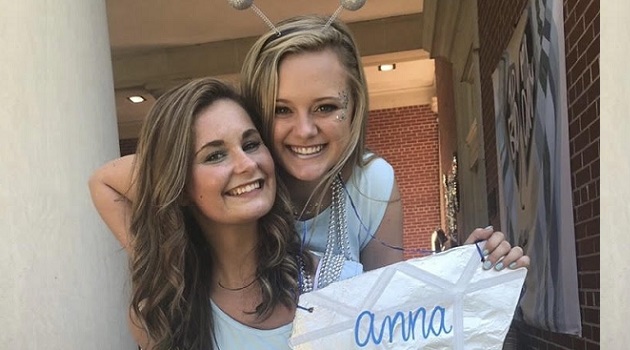 My dear friend, role model and inspiration, Haley Hughes, is more than just a young lady. She is a lady clothed in dignity, strength, and more courage than I have ever seen in anyone else that I have in my life. She has never asked for anything, and if she does, it’s something so simple like a piece of pizza and a Pepsi. This is even more true now, as Haley has been faced with one of the hardest struggles in her life, Ewing’s Sarcoma, a rare form of childhood cancer. Which is one of the many reasons as to why I, Anna Wicker, have been working hard to help a dear friend of mine in need.

On November 18th, 2020, Haley Hughes was diagnosed with Ewing’s Sarcoma Cancer. By Thanksgiving, her family had moved to Edisto Island for her treatments at The Medical University of South Carolina Children’s Hospital. The first questions that may come to one’s mind is, Who is Haley Hughes? What is Ewing Sarcoma Cancer? Or how may I help? I hope all of which will be answered here after a few minutes of your time.

Haley Hughes is an 2017 alumna of Mid-Carolina High School located in Prosperity, South Carolina. She was raised by her parents Russell Satterfield and Susan Satterfield Suber of Kinards, SC. Russell and Susan are now both retired educators of Newberry County with approximately 70 years of service combined.

With two very involved parents to look up to, Haley always stayed involved herself. Throughout high school, Haley was always working hard on the court while playing tennis, singing in the school choir, and donating her time to Mid-Carolina High School’s Student Council , performing community service with the Beta Club, as well as leading fundraisers for organizations around Newberry County. She has also worked as a Pharmacist technician for four years in Clinton, South Carolina.

Haley is now a senior at Presbyterian College expected to graduate this year, 2021. She is a double major in Biology and Art History with a minor in Chemistry. She is a member of Alpha Delta Pi sorority and spends her free time creating art and crafts for her friends and others in need.

Ewing Sarcoma is a rare form of children’s bone cancer found in the longer limbs of children after a sports or traumatic physical injury. As provided by ​Texas Children’s Hospital ​website, “about 225 children and adolescents are diagnosed with Ewing sarcoma in the U.S. each year.”

In Haley’s case, her mass has formed in her parotid area (jawbone), affecting her equilibrium, causing extreme pain in her facial area, and frequent headaches. Due to the mass growth in an uncommon location for Ewing’s Sarcoma cancer, it was harder to identify by doctors and has been determined as an even more rare form. In fact, only about four people in the world have this pronounced form of Ewing Sarcoma. Luckily for Haley, treatment began before it could spread into her bones and other areas of the body.

As of today, January 1st, 2021, the family of three have moved to Edisto, South Carolina to be closer for her treatment. Haley is now on her fourth week of Chemotherapy including a 6 day inpatient administration of several chemo drugs at MUSC’s Shawn Jenkins Children’s Hospital in Charleston, SC. Even though Haley has seen the physical impacts of these treatments such as weight and hair loss, she has continued to be strong, encouraging, and positive through it all.

As many families know, the financial burden of cancer places an enormous strain on finances at a time when the family is already emotionally exhausted. I want to support Haley and her family through this ordeal and have been approached by many others as to how they might help. Therefore, I have created the Hope For Haley fundraising account. ALL donations will be going straight to Haley, Mrs. Susan, and Mr. Russell to help with finances regarding Haley’s medical bills/rent/travel expenses to the treatments /etc. During this time, if you feel led to help this kind hearted family, please feel free to follow the social media platforms I have created at: HOPE FOR HALEY HUGHES on both Facebook and Instagram. I have also created a PayPal and banking account in the same name, that may allow those who are able to help. Checks can be made out anonymously to “Hope For Haley Hughes” and taken to any TD Bank for deposit. You may also contact me directly at: [email protected]

If you are not in a place financially to donate, your prayers are even better! Thank you in advance for your donations and prayers for Haley Hughes.

– Anna Wicker is a sophomore at Presbyterian College in Clinton and turned 21 years old on January 4. She made the decision to dedicate her birthday to help her dear friend Haley in her fight against Ewing’s Sercoma Cancer. Anna created the social media sites for those who wish to help financially. She has taken on organizing a fundraiser soft ball tournament and is planning a huge t-shirt fundraiser. Anna went around to all the businesses in town and filmed a video for Haley showing the support from the community and made a video of everybody in her sorority encouraging Haley and her recovery. She has churches doing fundraisers and she continues contacting other fraternities and sororities at the college to help with her plans to continue her fight for Haley for as long as it takes.