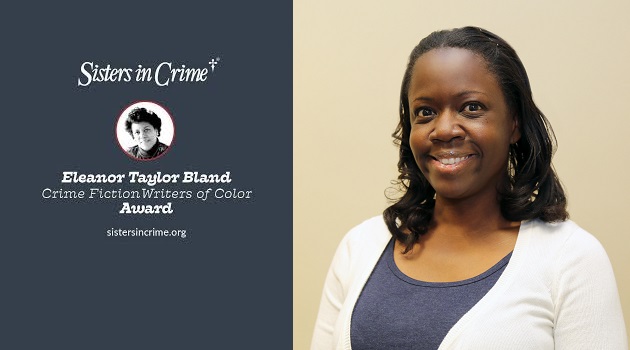 Sisters in Crime (SinC) has announced the 2020 winner of the annual Eleanor Taylor Bland Crime Fiction Writers of Color Award is Yasmin McClinton of Columbia. The winning novel-in-progress was selected by judges Rachel Howzell-Hall, Alex Segura and the 2019 winner, Jessica Martinez.

The award, which honors the memory of pioneering African-American crime fiction author Eleanor Taylor Bland with a $2,000 grant to an emerging writer of color, was created in 2014 to support SinC’s vision to serve as the voice for excellence and diversity in crime writing.

The grant is intended to help the recipient complete a debut or early-career work of crime fiction. The winner may use the grant for any purpose, including developmental opportunities such as workshops, conferences and retreats, online courses, or research activities and travel. Past recipients include Maria Kelson (2014), Vera H-C Chan (2015), Stephane Dunn (2016), Jessica Ellis Laine (2017), Mia P. Manansala (2018) and Jessica Martinez (2019).

“Authors like Ms. Bland show me that women of color—writers of color—can be authors in any genre they want and really bridge gaps,” said McClinton. “I shared with my daughters that I won this award. My daughters have been with me through the hardest times of my life. And I wanted to show them that their overly protective, annoying mom has dreams from her childhood coming true, even today. And, she can be chosen for prestigious awards like the Sisters in Crime Eleanor Taylor Bland award. So, Girls, no giving up. Ever.”

For 2020, Sisters in Crime expanded the Eleanor Taylor Award to also provide funded memberships to the organization for five runners-up.

Eleanor Taylor Bland (1944-2010) paved the way for fresh voices in crime fiction by showcasing complex characters that had previously been peripheral to or simply missing from the genre. Dead Time (1992), the first in her series of novels, introduced African-American police detective Marti MacAlister, an enduring and beloved heroine who overturned stereotypes that had been perpetuated in much of American popular culture. Bland also published several works of short crime fiction and edited the 2004 collection, Shades of Black: Crime and Mystery Stories by African-American Authors.

Sisters in Crime (SinC) was founded in 1986 to promote the ongoing advancement, recognition and professional development of women crime writers. Today, the organization boasts 4,000 members and 59 chapters worldwide and its initiatives also include other scholarships, grants for academic research into the roles of women and underserved voices in crime fiction; cash awards to libraries and bookstores; and surveys and monitoring projects which determine visibility and representation of women and diverse voices in the genre and across the marketplace.