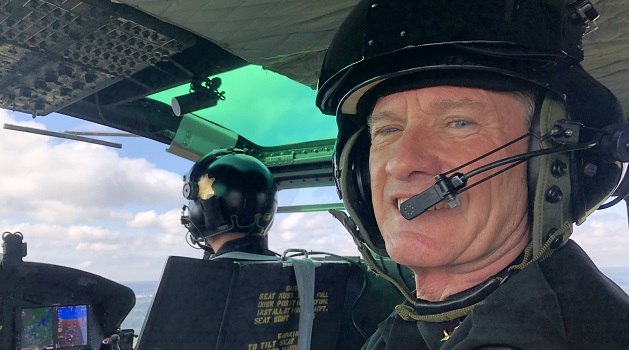 Last month, RCSD pilots received additional training in the UH-1H, including training in emergency procedures unique to the Huey.

Four full-time pilots serve in the RCSD Aviation Unit, as well as five part-time pilots, one reserve pilot, a tactical flight officer who coordinates with RCSD ground units, and a supervisor of aviation.

The UH-1H has been part of the RCSD inventory since 2013.

INTERESTING ASIDE: U.S. Army Sgt. Maj. Thomas Payne, recently received the Medal of Honor, the nation’s highest award for combat valor, for his extraordinary heroism during an operation against ISIS in Iraq in 2015. Payne, who was presented his award at the White House on Sept. 11, 2020, is the adopted son of RCSD Pilot Drayton Shealy.