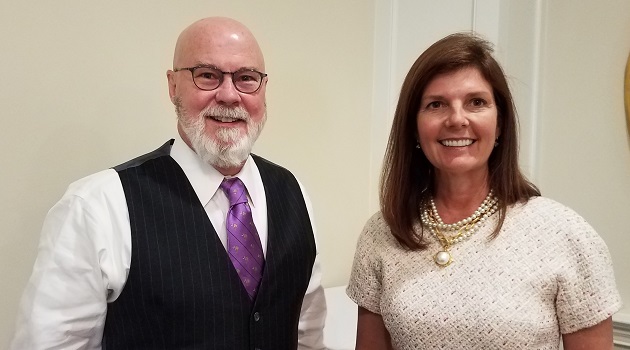 Global expedition leader and S.C. Floodwater Commission Chairman Tom Mullikin is about to set yet another record: This one being the planting of 3.2 million trees across South Carolina on Earth Day, Apr. 22, 2021.

The loblolly pinetree seeds, each in packs of 60 seeds and donated by the S.C. Forestry Commission, have been stored by the S.C. Dept. of Corrections; and are set to be distributed to staging areas over the next few weeks.

“This will be the largest single-day tree planting event in American history,” said Mullikin during a POWERPLANTSC luncheon at the Palmetto Club in downtown Columbia, Thurs. Jan. 14. “We’re about 100 days out now, and this event – a project of the S.C. Floodwater Commission – involves a broad coalition of public, private, and non-profit environmental partners which will not only raise awareness of the importance of trees to human and environmental health, but will aid in the mitigation of disastrous flooding which has plagued the Palmetto State since at least 2015 even before.”

Thursday’s luncheon was attended by 14 guests including Lt. Governor Pamela Evette; Chrysti Shain, director of communications for the S.C. Dept. of Corrections; and
Laurie Traywick with the S.C. Dept. of Education. Several other tree planting partners and stakeholders joined the gathering remotely via Zoom.

“We are not only planting and growing trees, but this is about growing our economy and growing our state,” said Lt. Gov. Evette. “And through this [POWERPLANTSC project] we are now educating our children as to how important our environment is.”

A former U.S. Army officer and retired two-star commanding general of the S.C. State Guard, Mullikin has been leading the S.C. Floodwater Commission since it was established by McMaster under the Governor’s office in Oct. 2018.