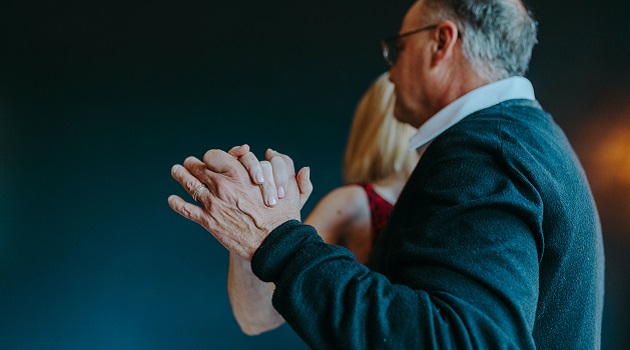 Prom isn’t just another dance. It’s a tradition, a rite of passage, a ritual that brings together people who have something in common. It creates memories that last a lifetime.

At Leeza’s Care Connection, their Senior Prom is even more than that. Celebrating Senior citizens, high school and college seniors, Senior Prom bridges the gaps between the generations. It looks at what experiences are shared and how those special moments don’t fade over time.

“This is one of the sweetest and most special events we do. Our community knows the healing value of movement and dance, we know how important socialization is to preserving memories,” Gibbons said. “It’s a throwback to old school values that are always in fashion.”

Fashion may change over time, but chances are if you went to prom, you remember what you wore. From baby pink cummerbunds and bow ties to strapless dresses and ball gowns, you can usually tell the year from the obligatory photos.

“I was the most beautiful I had ever felt”, says Center Managing Director Marti Colucci, “and the first time I had ever worn a formal dress.”

Katie Sayles, Programming director also has vivid memories of her prom night when she wore a bright turquoise dress.

“I should have gone with classic black,” said Sayles. “Or just anything else.”

No doubt, proms are a direct reflection of the time, the music, and the fashion.

Resource specialist Cyndi Boot was the “surfer chick who went to prom with the quarterback” in the 70’s when prom music reflected the times and Pink Floyd and Led Zepplin music provided the soundtrack. Boot said back then she was shy, so she can’t wait to cut loose at this year’s prom, which is April 14 at Stone River in West Columbia with the theme, “Starry Night”.

Staffer McCormick remembers that planning for prom night involved ordering a dress and getting involved months ahead of time.

“I graduated in ’63 and proms were a big deal. Everyone helped decorate the gym and I wore a from fitting dress with high heels.”

Back then, they danced to songs by Perry Como. Almost six decades later, at Lily Averkamp’s prom, another Perry was featured. Katie Perry. Lily, a college student who works on producing Senior Prom for Leeza’s Care Connection recalls that “Prom night will always be one of the best nights of my life and I can’t wait to relive it on April 14.

Formal dresses, bow ties and wrist corsages seem to be consistent throughout the years, but promposals are a fairly new introduction to the prom scene, where guys or girls make a little production or presentation out of asking someone to attend. Director of Development Terri Towle said, “Our friend Hannah Cumler from WIS is planning a surprise promposal for our event live on the air. And wait til you see who she is asking.”

According to Gibbons, “Senior Prom is a great chance to connect to memories from the past, but for many of our guests, this will be their first prom. We’ve had women in their 80’s and 90’s who wore a fancy dress and a corsage for the first time at our event. My dad is 93 and seeing him dance at the prom is one of my fondest memories.”

This year, Gibbons says, “We will crown our first Royal Court. Those honored will be nominated and voted on by the community to recognize their joy of living at any age.”

Nominations can honor anyone who lifts others with their kindness, but the winners must be able to attend on April 14. Guests can attend as a single or a couple and “prom attire” is encouraged but not required. For more information, to buy tickets or to nominate someone for Senior Court, go to LeezasCareConnection.org or call the center at 803-888-78525.