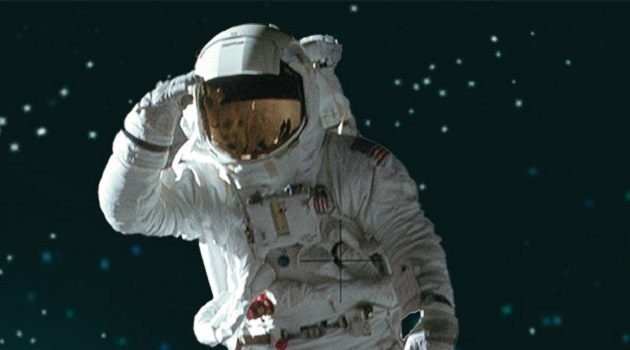 This April, the South Carolina State Museum will celebrate the 50th anniversary of South Carolina astronaut Charles Duke’s historic walk on the Moon during the Apollo 16 lunar mission. Guests are invited to enjoy a full month of activities, including a new exhibition, a special planetarium experience and more.

“This spring we are excited to honor Charles Duke and the many South Carolinians who have helped propel us forward to the Moon and beyond,” says Amy Bartow-Melia, South Carolina State Museum Executive Director.

50 years ago, South Carolinian Charles Duke became the youngest person to step on the Moon. Opening April 9, the new exhibition Apollo 16 & Beyond: South Carolina in Space highlights Duke and the Apollo 16 crew’s experiences during that mission. Featured objects, some of which are on display for the first time in recent years, include items from Duke’s NASA training, Apollo 16 artifacts and memorabilia celebrating the Lancaster native’s return to his hometown. The exhibition also explores the achievements of South Carolina scientists and other individuals who helped advance aerospace research and exploration.

In addition to opening the new exhibition, the museum will debut a limited-run planetarium show, Man and the Moon, which takes guests on a trip to the Apollo 16 landing site via the planetarium’s digital sky system. Showing only in April, this special experience goes beyond simple astronomy to simulate the view of Earth that Apollo astronauts had while actually on the Moon, as well as explore how the Moon has inspired us to expand our horizons throughout history.

New Planetarium Experience: Man and the Moon
Runs April 2 – May 1
Follow in Duke’s footsteps and see how Apollo 16 explored a world beyond our own in this new limited-run planetarium experience.

The Smithsonian Channel’s Black in Space: Breaking the Color Barrier
Showing April 9 – 24
This show, free with general admission or membership, tells the untold story of the decades-long battle between the U.S. and the Soviet Union to be the first superpower to bring diversity to the skies.

Apollo Member Night
April 8, 6 pm – 9 pm
Museum members are invited to celebrate “Apollo April” with an exclusive evening featuring early access to the new exhibition and night-sky observing of the Moon in the Boeing Observatory.

Exhibition Gallery Tours
April 12 – 15 and April 19 – 22 at 11 am
The State Museum invites guests to take a tour of the new Apollo 16 & Beyond exhibition and/or the Robert B. Arial Historic Telescope Collection Gallery with our resident museum experts.

Apollo 16 & Beyond: South Carolina in Space exhibition entrance is included with museum general admission or membership. General admission to the South Carolina State Museum is $8.95 for adults; $7.95 for Seniors; $6.95 for children; infants 2 and under are free. Planetarium and 4d theater shows are an additional charge. The museum is open Tuesday – Saturday from 10 am to 5 pm and Sunday from noon – 5 pm. The museum will be closed on Easter, April 17.