Having painted for over 60 years, an artist finally shares his work 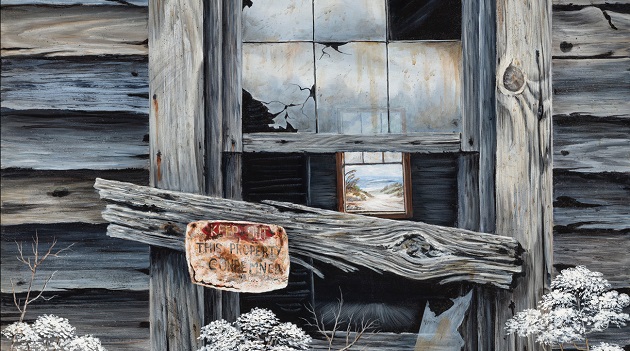 When an unknown piece by an old master suddenly appears, the art world gets very excited. Imagine, then, a recognized artist who has been holding back some of his best work for more than the last half-century. That’s precisely what Columbia, South Carolina, native Campbell Frost has done.

Until very recently, relatively few living people had ever seen a Campbell Frost painting. Though he gained his undergraduate degree in Fine Arts in 1973, he has been painting since the early 1960s, and one of his original drawings was published in the then-popular Ripley’s Believe it or Not newspaper columns a decade before that.

Until the Fall of 2021, when just a few of his original pieces were shared on social media platforms, most people would have seen only two or three of Frost’s works online; those he had previously donated to nonprofit fundraising auctions.

Martha Scott Beavers, late reviews editor of The Columbia Record newspaper, wrote “Campbell Frost is one of the best photorealism artists in the state,” and Frost was invited to join the prestigious National Society of Literature and the Arts (now the National Society of Arts and Letters) in the 1970s.

He has made his living by teaching others to paint since the latter period. At the behest of the South Carolina Arts Commission, he taught painting to inmates at a Columbia correctional facility, and he has taught beginner to advanced oil and acrylic techniques to amateur and part-time professional artists in churches, community centers, colleges, and for national arts and crafts retailers, since. At the age of 79, Frost’s quick wit, southern charm, and self-deprecating humor endears him to those he meets for the first time. Some of his students have undergone his tutelage since the 1970s, and continue to attend his weekly classes, only to take a break during the height of the COVID-19 epidemic.

Six of Campbell Frost’s original works, along with those of some of his students, will be featured at the Orangeburg County Arts Center, 649 Riverside Drive, Orangeburg, with an opening-night celebration held December 8. The works will remain on display through the third week of January 2022. Frost has been teaching at the Orangeburg facility for more than 40 years, and continues to share his talent and knowledge with the community. On the afternoon of December 10, he participated in a program for area school-aged students whose aptitude for art has been recognized by teachers and administrators in the local school system.

You can also see more of his work on his new website: campbellfrost.com. 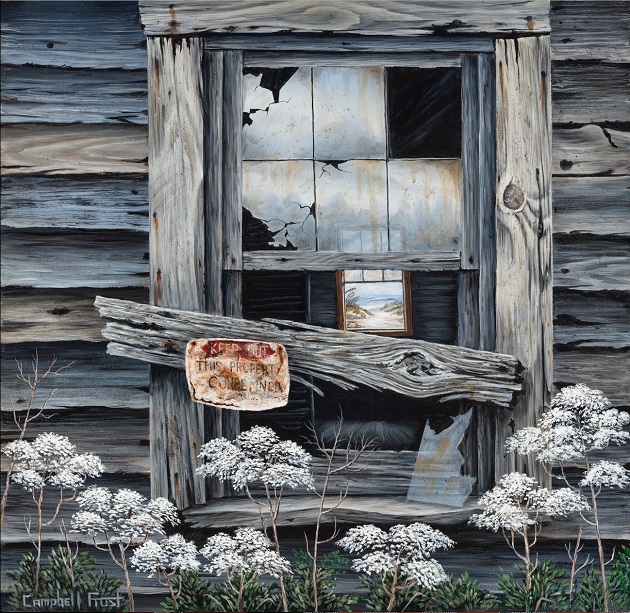 Seen here is “Keep Out,” a study in oil paint by Campbell Frost. He rendered an almost identical image in acrylics, demonstrating the different effects each medium affords.