College of Charleston graduate-assistant to lead World Ocean Day efforts in S.C. and beyond 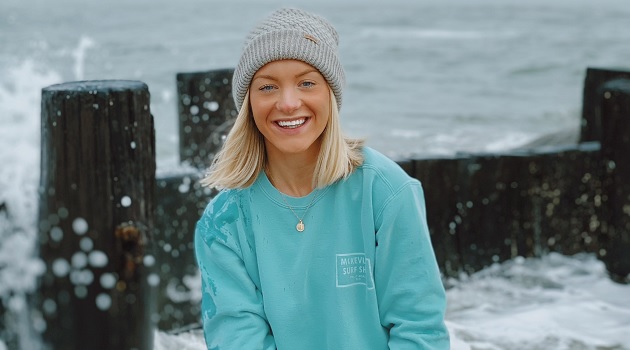 Cheyenne Cunningham, a graduate assistant at the College of Charleston, is directing Global Eco Adventures (GEA) efforts to “clean up” four designated beaches around the world, during WORLD OCEAN DAY, June 8, 2022.

GEA, a Midlands-based nonprofit with offices in Camden and Columbia, is planning coastal clean-ups on two South Carolina beaches – including Myrtle Beach and a yet-to-be-determined stretch of one of the Palmetto State’s barrier islands – as well as a stretch of the Hawaiian island of Maui and a portion of the famed Galapagos.

“This is a global effort to not only clean portions of our coasts, but to engage with communities and local stakeholders who depend on the ocean and coasts for livelihood,” says Cunningham, a graduate of Coastal Carolina University who is now in the graduate program at College of Charleston. “What people don’t know, we can’t expect them to protect. So this is a movement to spread awareness. Awareness inspires conservation, and our hope is for every participant to consider every day as World Ocean Day.”

“We need to create a far greater awareness not only of the pristine beauty of these beaches, but of the critical importance of caring for and protecting them going forward,” says Mullikin who was named president of GEA during an expedition up Ecuador’s Mount Chimborazo in mid-December 2021. “These four beaches – though we’re still considering which of the state’s barrier islands – were chosen for their particularly unique environmental importance and exceptional aesthetic value.”

Founded in 2014 by Dr. Tom Mullikin Sr., GEA is a world-renowned education and environmental-exploration non-profit which is best known for having conducted functional field research aimed at protecting shark populations worldwide as well as the protection of endangered species like the giant tortoises in the Galapagos. GEA has also examined first-hand the effects of an ever-changing climate, provided pro bono SCUBA-and-other training to countless marine enthusiasts on four continents, and it has led numerous exploratory expeditions around the world.

“The four beach cleanups slated for World Ocean Day this summer are but one of many vital environmental efforts GEA is actively leading,” says the elder Mullikin, who also directs the gubernatorially established S.C. Floodwater Commission. “This work has really become something of my life’s calling, because I know what we do here and now will absolutely impact the lives of our children, grandchildren and generations to come.”

Mullikin adds, “Cheyenne’s and Thomas Jr.’s unrivaled energy and their passion for our natural world make them the perfect leaders for GEA’s World Ocean Day project.”

In addition to World Ocean Day 2022, GEA is also planning the organization’s second annual POWERPLANTSC, a statewide tree-planting effort slated for Arbor Day (April 29), as well as the third annual SC7 expedition, a month-long expedition across S.C. during the month of July.

2022-02-08
Previous Post: Branham to Run for Richland County Council in District 1
Next Post: Practice run for Kinetic Derby Day on a Sunny Saturday in West Columbia