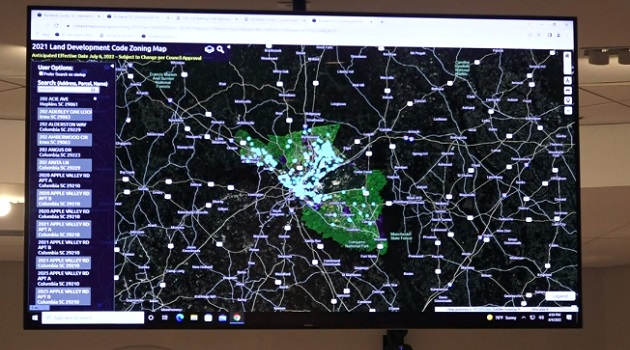 Richland County Council voted on May 3 to give initial approval to an ordinance that will restart the mapping process for its Land Development Code (LDC) rewrite. The restart provides an opportunity to incorporate input from community members into the mapping process.

The County’s Planning Commission is scheduled to convene for a work session on Monday, May 9 to lay out next steps in the process.

“This restart presents an opportunity to further engage with the community on this issue,” said Leonardo Brown, Richland County administrator.

“We have already held more than 50 public meetings across the County and spoken individually with hundreds of citizens, but the recent attention on this process and misinformation surrounding it leads us to understand we need more time to reach as many people as possible, gather their feedback and explain why we are modernizing the Land Development Code,” Brown said. “We deeply value the input of residents, and restarting the mapping process underscores our commitment to transparency and accountability.”

The LDC is the County’s adopted law regulating land use, growth and development. It governs the types of uses, location and size of a development within various zones, as well as establishing the procedures for reviewing development proposals. The LDC also controls various development and subdivision standards (e.g., parking, landscaping, signs, addressing, building form, and open space within a development) and the division and platting of land, as well as road layout and other infrastructure requirements.

Richland County’s current LDC was adopted in 2005. As the County grows, changes to the LDC are necessary to accommodate evolving and future needs.

What’s Ahead for the LDC

County Council adopted the new LDC text November 16, 2021, but it is not in effect because it requires approval of an amended zoning map, which has not yet occurred. The text received first reading at County Council’s zoning public hearing September 28. Second reading approval came on October 19, and an additional public hearing was held during Council’s meeting November 9.

Richland County planning staff is working to develop the new zoning map, which must be reviewed by the Planning Commission before going to County Council for three readings and a final vote.

While the Planning Commission began reviewing the staff’s initial zoning map recommendation in March, confusion among some members of the public and media prompted the County to reconsider the current process schedule, which would have seen the LDC take effect in July.

With the newly approved ordinance, the mapping process will restart, creating more opportunities for public input at the Planning Commission and staff level before the new LDC goes into effect.

Read more about the major differences between the old LDC and the newly rewritten version at https://tinyurl.com/2zxvnjta.

Find more updates and public notices regarding the LDC rewrite at: www.richlandcountysc.gov/Government/Departments/Planning-Development.