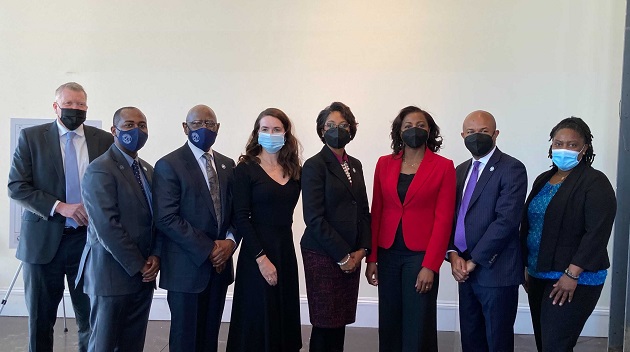 The report, which RCEDO staff released Thursday at 701 Whaley in Columbia, highlights economic development successes throughout the year in the County, detailing announcements of new jobs, recent company moves and capital investment.

“Over the past year, Richland County Economic Development has worked diligently to attract new companies to our area and to help encourage growth of existing businesses,” said County Councilwoman Yvonne McBride, chair of Council’s Economic Development Committee. “We saw a lot of success in 2021, and this event gave us a chance to celebrate those wins while looking ahead at what we can accomplish in the new year.”

At the launch event, RCEDO staff and Councilmembers discussed these accomplishments along with opportunities for growth in 2022. Among 2021’s economic development successes in Richland County were:
• BlueCross BlueShield expanding operations. The company’s more than $60 million investment will create about 700 new jobs over the next five years.
• Tyson Foods establishing operations. A total investment of $55 million will bring 330 jobs to the County over three to five years.
• Westinghouse expanding operations. Over the next five years, the company will invest $131 million in facility development and environmental safety improvements.

Also in 2021, RCEDO focused on absorbing and developing the more than 460 acres the County acquired in November 2020. Highlights of those efforts included:
• Constructing a $4.5 million, one-mile rail spur to Mark Anthony Brewing in Columbia, which encompasses 430 acres acquired by the County in 2020 and will add significant value to that property
• Grading a 300,000-square-foot building pad at Blythewood Industrial Park
• Signing a lease agreement with Magnus Development, allowing the company to construct a 200,000-square-foot speculative building on County-owned property at the Northpoint Industrial Park in Blythewood.