Mrs. Gail Todd Elfert Receives the Order of the Palmetto 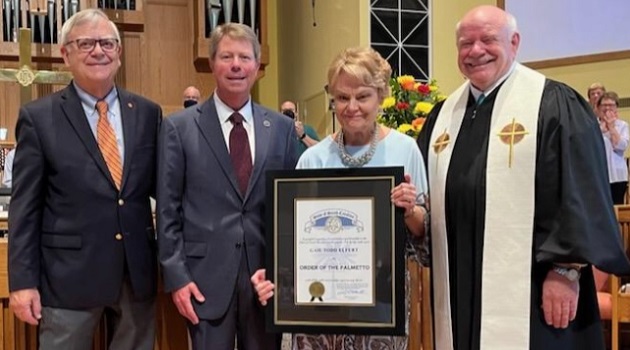 Mrs. Gail Todd Elfert received the SC Order of the Palmetto on Sunday, May 15 at Union United Methodist Church. She has been a dedicated volunteer not only with her church for over 50 years, she has also been involved with the St. Andrews Woman’s Club for 40 years and helped raise over $500,000 for local charities. She played an instrumental role with the General Federation of Women’s Clubs and many other organizations where for decades she has had the ability to lead and inspire others to serve their communities.