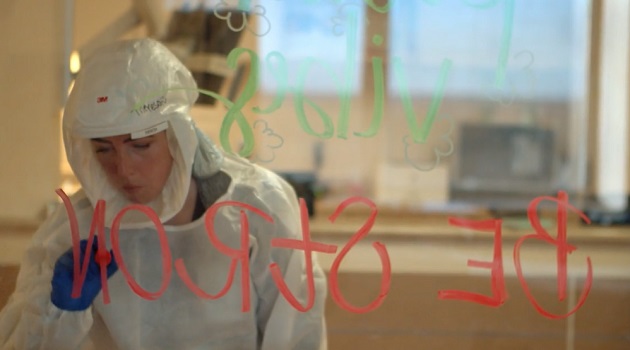 Lexington Medical Center received an Emmy® award for a video documentary it produced about a hospital employee who lost her husband and father to COVID-19.

The Regional Southeast Chapter of the National Academy of Television Arts & Sciences presented the Emmy at its annual awards ceremony in Atlanta on Saturday. The video was entered in the category of “Health/Medical—Long Form Content” and aired as part of a television special on WIS News 10 in March 2021.

The 20-minute documentary “Donna’s Story” highlights Donna Fox, a hospital nurse whose husband and 101-year-old father died from COVID-19 in the early days of the pandemic. The video also features Lexington Medical Center critical care physicians and staff who cared for Donna’s family during their lengthy hospital stay.

“This powerful documentary tells a story of heartbreak and hope,” said Tod Augsburger, president and CEO of Lexington Medical Center. “It portrays the humanity of health care workers who did everything in their power to care for patients at a time when emotions were raw, fear was prevalent, and resources were stretched to the limit. This film is dedicated to those who lost their lives to COVID-19 and to frontline health care workers everywhere.”

Donna’s Story competed with entries from four states to win the Emmy, considered the most prestigious award in television broadcasting.

Watch the documentary at https://www.lexmedthanks.com/.