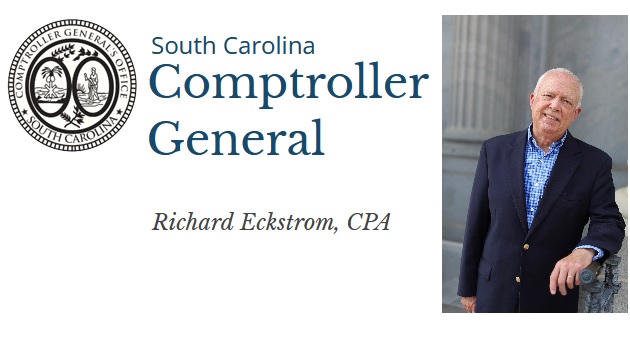 The Government Finance Officers Association of the United States and Canada (GFOA) has given the state government top honors for the quality of its 2021 Annual Comprehensive Financial Report (ACFR), awarding the state the GFOA’s Certificate of Achievement for Excellence in Financial Reporting.

According to GFOA’s award notification, “the Certificate of Achievement is the highest form of recognition in the field of governmental accounting and financial reporting, and its attainment represents a significant accomplishment by a government and its management.” GFOA informed South Carolina that “the report has been judged by an impartial panel to meet the high standards of the program, which includes demonstrating a constructive ‘spirit of full disclosure’ to clearly communicate its financial story and motivate potential users and user groups to read the report.”

“Earning this award demonstrates their long-standing professionalism and dedication,” he said.

“As the state’s chief accountant, I’m also committed to advancing more openness in government by using the S.C. Fiscal Transparency Website that my office has created. We keep searching for efficient ways to provide the public with more timely financial information about state government,” he said. South Carolina was the second fastest state in the nation to release its 2021 ACFR, continuing South Carolina’s established record of leadership in timely reporting.

South Carolina’s ACFRs for the past 10 years are available on the Comptroller General’s Office website, cg.sc.gov.

In addition to preparing state government’s ACFR, Eckstrom’s staff processes vendor payments for state agencies; processes bi-monthly payrolls for 45,000 state employees; and monitors the spending done by state agencies to ensure they remain within their annual budgets that are set by the General Assembly.

2022-08-18
Previous Post: Looking for a few good men and women
Next Post: BlueCross BlueShield recognized as a top workplace for women