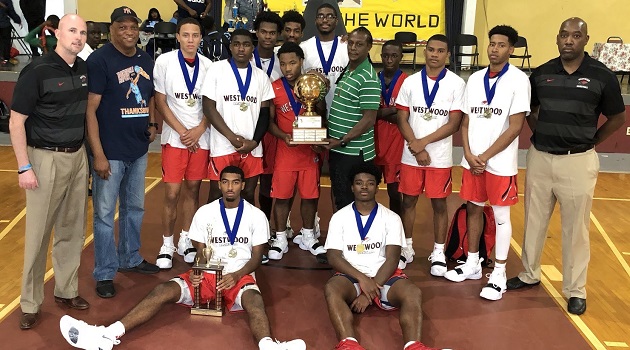 The Redhawks defeated defending tournament champions, Dobyns-Bennett High of Kingsport, Tennessee in the first game, 67-51. In their second game, Westwood defeated St. Georges High of the Bahamas, winning 75-67. In the semifinal round, the Redhawks knocked off Sunland Baptist Academy, also of the Bahamas, with a score of 81-70. In the Championship game, they faced the host team, Tabernacle Baptist, and defeated them with a score of 74-44.

In addition to winning the tournament championship, Ta’jay Dunlap was named Tournament MVP and Russell Jones Jr. was named to the All-Tournament Team. The team, along with a number of parents, stayed at a resort on Grand Bahama Island where they enjoyed snorkeling, kayaking, and playing volleyball along the beach. The trip was a great cultural experience for the students as well.