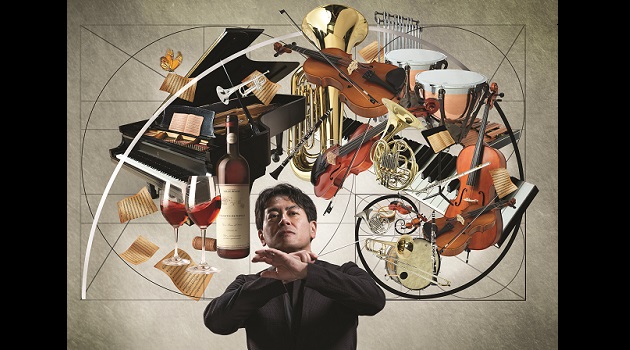 The South Carolina Philharmonic presents Wolfgang & Wine Saturday, January 14, 2023 at 7:30 PM at the Koger Center for the Arts. This third concert in the 22/23 Masterworks Series features works by Mozart, Handel, Vivaldi and Piazzolla. Cellists Dusan Vukajlovic and Ismail Akar are the featured soloists.This concert also boasts a pre-concert wine tasting event. For a ticket upgrade, audiences can enjoy vinos from the lands of the featured conductors in the Koger lobby from 6 PM – 7 PM. Concert ticket prices range from $20-$55. Half-price student rush tickets are available in select sections 30 minutes prior to the concert. Concert tickets and wine-tasting tickets may be purchased at scphilharmonic.com or by calling the Koger Center Box Office at 803.251.2222.

Featured soloists Dusan Vukajlovic and Ismail Akbar are members of the SC Philharmonic. Vukajlovic was born into a musical family in Belgrade, Serbia and began to play the cello at the early age of five. As a soloist he has had a successful career which began with winning the first prize at the Yugoslavian National Cello Competition in Sarajevo in 1987. Now, he is the principal cellist of the SC Philharmonic, acting principal cellist of Symphony Orchestra Augusta, and cellist of the Upton Trio. Ismail Akbar hails from Atlanta, GA. He has held positions as principal and/or assistant principal cellist of Hilton Head Symphony, Savannah Philharmonic, Rock Hill Symphony, Spartanburg Philharmonic, Symphony Orchestra Augusta, Verdi Chamber Symphony, North Georgia Chamber Symphony, Ludwig Symphony Orchestra, Greenville Symphony Orchestra and South Carolina Philharmonic. Mr. Akbar is member/founder of Palmetto Piano Trio and Helen String Quartet. He is Artist in Residence at Piedmont University Conservatory of Music with the Piedmont Camerata Piano Quintet. Akbar has also recorded and performed extensively with Outkast, Take 6, Monica, Edie Levert, Van Hunt, Frank McComb, Dionne Farris, Joi Gilliam and Wycliffe Gordon. He is in the string orchestra for the filmed stage musical adaptation of The Color Purple, in a scene featuring Taraji P. Henson and Fantasia Barrino.

The concert is called Wolfgang & Wine because it pairs a stirring evening of classical music with a pre-concert wine-tasting event. The SC Philharmonic is partnering with USC Catering to provide audiences with a unique experience that presents wine from the lands of the evening’s featured composers: Austria, Argentina, Italy and Germany. The SC Philharmonic hopes to deepen the concert experiences by engaging even more of the audience’s senses.

The SC Philharmonic’s Wolfgang & Wine will be presented on Saturday, January 14, 2023 at 7:30 PM at the Koger Center for the Arts. Tickets may be purchased at scphilharmonic.com or by calling the Koger Center Box Office at 803-251-2222.

The South Carolina Philharmonic is committed to performing live symphonic music and providing dynamic educational opportunities in the Midlands. We carry forward a legacy of passion for the music and embrace our responsibility to be a vibrant part of the cultural fabric of our diverse community.