By: John
In: Community News, Entertainment 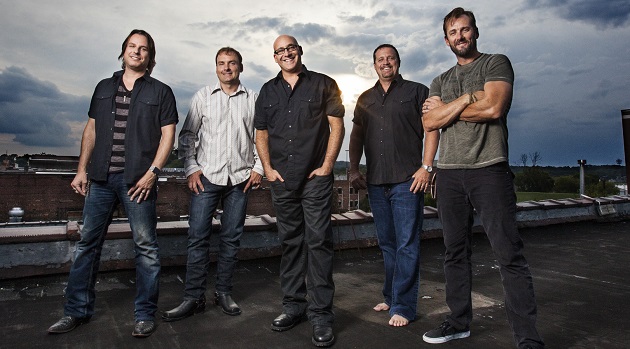 Fans can expect brand-new Sister Hazel songs like “When Love Takes Hold” and “You Won’t See Me Again,” as well as popular fan favorites like, “All For You.”

Originating from Gainesville, FL, Sister Hazel is comprised of five gifted, seasoned musicians whose well-spring of natural talent has been called “one of the Top 100 Most Influential Independent Performers of the last 15 years” by Performing Songwriter Magazine. Song “All for You,” topped the adult alternative charts during the summer of 1997 and the success propelled their album to platinum status. Since then, the band has become firmly established not only in rock and alternative music, but now in country with four back-to-back Billboard Top Country Albums Chart entries along with making their debut on the most revered stage in country music, the Grand Ole Opry. They have most recently co-produced a cleverly themed EP compilation series entitled “Elements,” that includes a bonus seventh track that continued throughout the series.

The Irmo Okra Strut Festival is free to the public. For more information visit okrastrut.com/events.

This event date is subject to state and local government guidelines for helping the community stay safe during the COVID-19 pandemic.