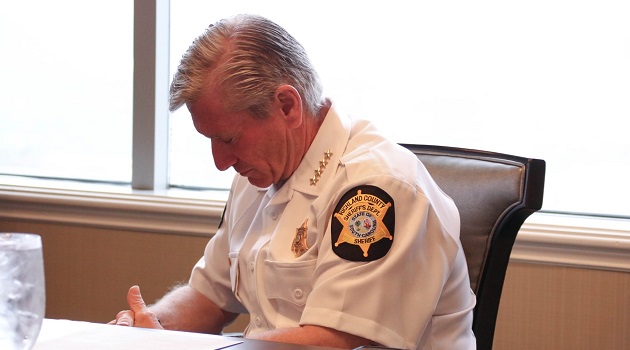 SHERIFF LOTT: No. I actually had lunch with a group of them today just to discuss that, and they are not fearful. They realize that the majority of the public supports what we do and respects what we do. So I think they are all proud and look forward to going to work every single day. They know that we’re being watched closer than we’ve ever been, which is a good thing. If you’re doing the right thing, you don’t worry about being watched.

KAHN: What advice would you give Democrats and Republicans regarding a law enforcement resolution going forward?

LOTT: Do what’s practical. There are some things that are just not practical. Defunding the police is not the way to go. We know that we can’t take away our law enforcement. We’ve got to have them. There are going to be criminals and bad guys. We have to stand in-between the good guys and the bad guys. So let’s not even talk about taking money away from – and support for – law enforcement. There are practical things that need to be done, and we can do that by building relationships. There are some good things we can do, but everybody’s got to compromise and that’s law enforcement and those on the other side who are against us. Let’s sit at the table, find some common ground, and then let’s do something; not just talk about it.