Record turnout for 10th annual Guardians of the Night 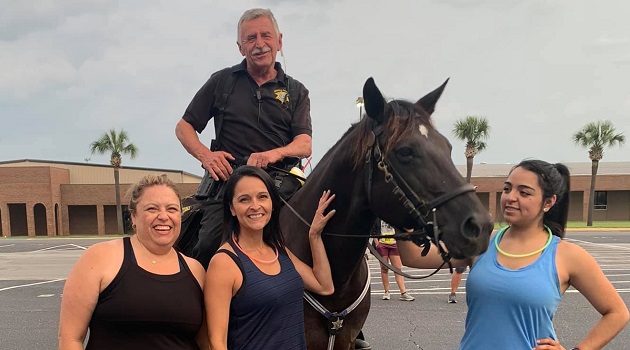 Runners participating in GUARDIANS OF THE NIGHT 2021, a 5K road race in support of the Richland County Sheriff’s Department’s (RCSD) K9 teams (dogs and handlers), turned out in record numbers, Sat. evening, July 31.

Approximately 550 runners of all skill levels and walkers, many with their dogs, participated in the 5K (3.1M) night-time race which began and concluded at the S.C. State Fairgrounds in Columbia.

“This great turnout – including both participants and those simply supporting us – clearly demonstrates just how much our communities care about our K-9s and their handlers,” said Richland County Sheriff Leon Lott, who was among the runners. “This means so much to all our men and women in uniform. It was a great race, as always, and everyone had a great time.”

RCSD fields 17 trained K-9s – 14 full-service patrol dogs and three single-service dogs – capable of tracking suspects, protecting their handlers, locating missing persons, and sniffing out drugs. Two of the three single-service dogs are trained to detect explosive devices, and one is an electronics detection K-9 capable of sniffing out memory cards, computer hard-drives, cameras and other devices used, for instance, in child pornography cases.

The RCSD dogs include Belgian Malinois and Dutch Shepherds, one English Labrador and an American Labrador.

This year’s 5K was the 10th annual Guardians of the Night event.

– Pictured are Guardians of the Night participants with RCSD mounted patrol.