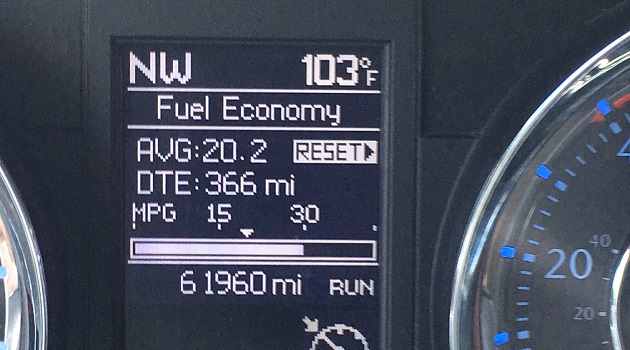 According to Safe Kids Worldwide, a child dies from heatstroke in a vehicle about every 10 days. In more than half of these deaths, the caregiver forgot the child was in the car. Dr. Erin Ricker, pediatric intensivist at Prisma Health Children’s Hospital–Midlands, has seen the tragic results of children being inadvertently left in hot cars.

With high temperatures across much of the south, Ricker reminds people children have died from heat stroke in a vehicle with outside temperatures as low as 57 degrees Fahrenheit (F).

“A child’s body heats up three to five times faster than an adult’s body. The temperature inside a vehicle can reach life-threatening temperatures rapidly,” said Ricker.

Results of heat illness can be severe and permanent.

In 2018, 51 children died from heatstroke, the highest number of deaths on record. Since 2015 there has been a gradual increase in annual deaths:

Heatstroke deaths have been recorded every month of the year in nearly all 50 states.

There are a staggering number of near misses – children who were rescued before they died. One county in Florida reported more than 500 near misses in a single year.

In just 10 minutes, a car’s interior temperature can rise by 19 degrees. Between one and two hours, it can rise 45–50 degrees. “Leaving the windows cracked does not make a significant difference, so it is not an acceptable compromise,” said Ricker.

Hyperthermia (heat-stroke) is the leading cause of non-crash vehicle deaths for children under the age of fourteen. Heat stroke can occur when a person’s temperature exceeds 104 degrees F and their body’s temperature regulating system is overwhelmed.

Symptoms of hyperthermia include:

Hot skin that is flushed, but not sweaty

“Everyone thinks it couldn’t happen to them, but a parent who is distracted might inadvertently leave a child in the car,” Ricker said. “A caregiver who is not the person usually responsible for the child can forget there is a child in the car, especially if the child is quiet or sleeping.”

A core body temperature of 107 degrees F can be lethal, as cells may be damaged and internal organs shut down. Cases of death from hyperthermia in vehicles have happened to children from newborn to age 14. More than half of these deaths have occurred in children under the age of two.

Safe Kids is asking everyone to help protect kids from this preventable tragedy by remembering to ACT.

A: Avoid heatstroke-related injury and death by never leaving a child alone in a car, not even for a minute. Additionally, make sure to keep your car locked when you’re not inside so kids don’t get in on their own.

C: Create Reminders. Keep a stuffed animal or other memento in your child’s car seat when it’s empty, and move it to the front seat as a visual reminder when your child is in the back seat. Or place and secure your phone, briefcase, or purse in the back seat when traveling with your child.

T: Take Action. If you see a child alone in a car, call 911. Emergency personnel want you to call. They are trained to respond to these situations. One call could save a life.

Call 911 immediately if you see a child left alone in a hot vehicle. When children are in distress due to heat, get them out of the vehicle as quickly as possible.