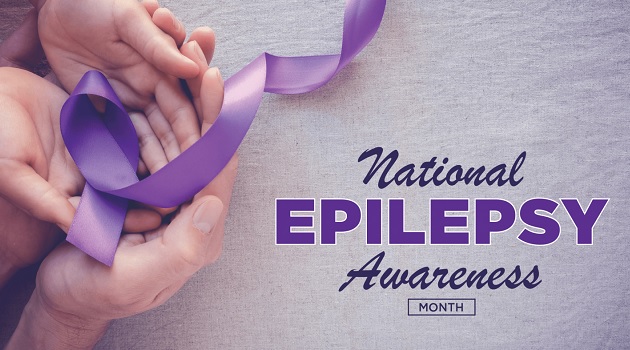 Palmetto Health recognized November as Epilepsy Awareness Month. Epilepsy is a neurological disorder of the central nervous system in which abnormal electrical discharges in the brain can cause seizures or periods of unusual behavior, including loss of awareness or consciousness. There are multiple, different causes of epilepsy. It can be genetic or it can be symptomatic, where something has provoked it into being, such as a stroke or a brain tumor.

Epilepsy is not rare. Statistics about the disorder include:

It is estimated that 65 million people worldwide live with the disorder.

One-in-26 people will develop epilepsy in their lifetime and anyone can develop it, though children and the elderly are at the highest risk.

According to Walter H. Peters, M.D., neurologist and epileptologist with Palmetto Health-USC Neurology, a number of things might trigger an epileptic seizure.

“It could be triggered by alcohol or sleep deprivation or by stimulant drugs,” he said. “It’s important for people with epilepsy, if they’re starting a new medication, to always check with their neurologist.”

According to Peters, if you are present when a person is having an epileptic seizure, here are some tips to assist:

Help the person to the ground safely, if they’re upright.

Lay him or her on their side.

Avoid trying to put something in a person’s mouth. It can be more harmful than helpful.

Allow the seizure to take its course.

Be aware the most seizures end after a minute or two.

Call 911 if the seizure doesn’t stop after three to five minutes.

Most people with epilepsy can perform the same duties and daily activities as those without the condition; however, those with more frequent and severe seizures may be prohibited from certain tasks, such as driving or working around machinery.

Peters and other physicians work to help patients have the best quality of life possible.

“In diagnosing epilepsy, we take a clinical history of a patient and look for characteristics that would support a diagnosis of seizure,” he said. “Then you may apply other tests, such as an MRI (Magnetic Resonance Imaging) scan or an EEG (electroencephalogram), which is a brain wave test that looks at the electrical potentials of the brain.”

Peters says that they look at all of the options available to assist their patients.

“Anti-seizure medications are effective in controlling seizures in many cases,” said Peters. ”

He says that other options include:

Vagus nerve stimulation, a procedure where doctors implant a device that stimulates the vagus nerve with electrical impulses.

Surgical resection of the area of the brain where the seizure originates.

Deep brain stimulation (DBS), a less invasive surgical procedure that implants a device that sends electrical impulses to the part of the brain that is involved in the spread of seizures. DBS is not a cure for epilepsy, though it has been known to reduce the severity and frequency of seizures. Palmetto Health is the only health system in the Midlands to offer this procedure.

For more information about epilepsy and Palmetto Health-USC Neurology, call 803-545-6050 or visit PalmettoHealth.org.