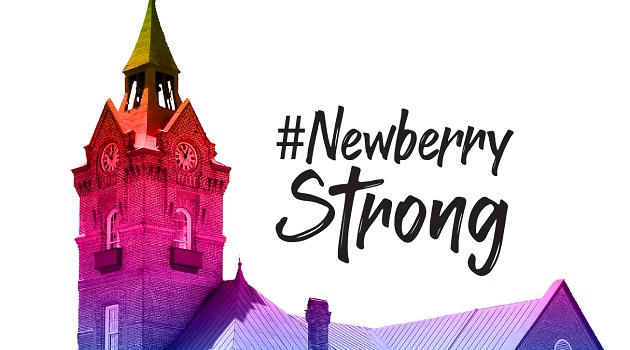 The Newberry Opera House will officially raise the curtain on August 15 with Black Jacket Symphony and their tribute to Prince’s “Purple Rain” album.

The Board of Directors along with the staff have been planning for reduced capacity seating, enhanced sanitation, updated concessions protocols and additional safety initiatives.

• Guests who are ill are encouraged not to attend, check your temperature before coming to the performance (CDC defines fever as 100.4 or higher).

• Seating has been reduced, reallocated to be staggered, and sold in pairs.

• Guests are required to wear masks as social distancing measures may be difficult to maintain, per the Governor’s order.

• All staff and ambassadors will wear masks and gloves and will be temperature checked before working.

• Cleaning and sanitation regiments have been increased especially for high touch surfaces such as railings, seats, and door handles.

• Building doors and seating will open 45 minutes prior to the performance. There is no entry prior to that time. Sitting and loitering in the lobby will not be available.

• Only one door will be open for entrance (Boyce St. next to Memorial Park under the NOH canopy). Each person is to hold their own ticket as it will be scanned at the entrance door.

• The elevator will be limited to two people plus the elevator operator. It is recommended to use the stairs.

• Artist merchandise, as well as meet and greets, will be suspended during this time.

The Newberry Opera House staff has taken advantage of this intermission to enhance the annual season brochure by transforming it into a magazine layout and to program the 2020-2021 season. The publication is set to hit mailboxes late September with the remaining November 2020 – June 2021 performances on sale in early October.

Most performances this season have only one tier and have been reduced to accommodate staggered seating to lessen exposure and to follow CDC and SCDHEC recommendations. However, rescheduled performances from the 2019-2020 season will retain tiered seating and tickets previously sold have been reallocated to comply with reduced capacity seating.

Several early performances have been rescheduled from the Spring and have limited availability. For tickets call the Box Office at 803-276-6264 or visit NewberryOperaHouse.com.