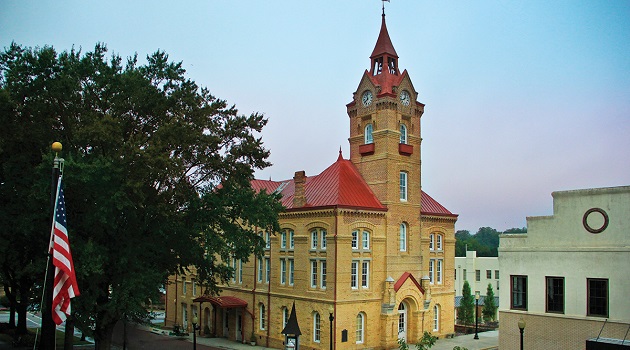 The Newberry Opera House has announced the 2021-22 Season schedule featuring theatre, dance, music, and family favorites for all ages. The season will go on sale August 6 at 10 am.

Executive Director, Molly Fortune and the team can’t wait to welcome you home to the Newberry Opera House, it is sure to be a season to remember.

September offers something for every music lover. On September 2 Steve Earle and the Dukes take the Opera House stage. The Grammy Award Winning artist crosses multiple genres with everything from Country and Bluegrass to Rock, Folk, and Blues. September 5, Gene Watson will return to the Newberry Opera House. Known for his unique style of traditional Country, Watson was a mainstay in the Country charts throughout the 70s and the 80s. The Opera House welcomes Boney James on September 10, a four-time Grammy-nominated saxophonist and composer. He is considered one of the best musicians of Contemporary Jazz. September 28, Blues Traveler will take the Opera House stage for their only stop in South Carolina. Known for their mix of Rock, Blues, Folk, and Soul, don’t miss John, Chan, Brendan, Tad, Ben, and your chance to hear hits like “Run-Around”, “Hook”, and more.

In October, known for their unique Latin Jazz from the piano, guitar, percussion, and vocals the Brazilian All Stars will guide you through a piece of Brazil, October 19. Jake Hoot, “The Voice” season 17 Champion will follow them on October 22. His first single “Better Off Without You” topped the Top 50 Country chart, later allowing him to make his Grand Ole Opry debut in 2020. Ace Frehley, original lead guitarist of KISS and Rock and Roll Hall of Fame Inductee, will make an Opera House exclusive on October 29. Sheena Easton and Tiffany unite for an 80s Ladies Night Out, November 6. Easton has won two Grammys and was the first artist to have Top Five records on five major Billboard charts. Tiffany was the youngest female artist to top the Billboard charts with her debut album.

Celebrate the holidays in Newberry Opera House style. Brighten your holidays with holiday Christmas favorites from Branson on the Road; a light puppet show that takes a visual spin on Christmas classics from America’s Got Talent alum, A Very Electric Christmas; Christmas music from the mountain by Appalachian Road Show; a dazzling court and enchanting snowflakes from Dance Alive National Ballet performing The Nutcracker, and a night of classic Jazz Christmas music from ColaJAZZ.

Donovan Tea, Bonny Poynton, and Rob Gulack created an award-winning three-part harmony known as The Lettermen. On February 3, hear hits like “When I Fall in Love,” Come Back Silly Girl,” and Theme From A Summer Place.” February 28, Tango Argentina, a dozen of Argentina’s greatest tango dancers and musicians showcase their moves.

Pilobolus, known for their Cirque du Soleil-like grace and ingenuity will explore the beauty of the power of connected bodies March 8. Rock and Roll pioneers Roy Orbison and Buddy Holly tour together in a hologram experience March 11. Ever wonder how a composition was created? Mr. Ho’s Orchestrotica Quintet will lead you on a journey through new sounds based on Chamber, Jazz, and World Music on March 13. Vocal Duo of the Year from both ACM and CMA, Thompson Square has been propelled to the top of the charts and will take the stage March 26.

Movement artist Charles “Lil’ Buck” Riley will showcase his freestyle-based dance called Memphis Jookin’ April 5. At the Opera House for their only stop in South Carolina, the Queens Six direct from England make their way to the stage April 19. Their repertoire spans Sacred and Secular music from the Middle Ages to the present day. Peter Boie brings to life old legends and haunted stories on stage. Séance Meets Magic is a Summoning Spirits event combining freaky magic with storytelling April 28. A Texas-born Country singer/rapper, Troy Coleman, known as Cowboy Troy will rock the stage April 29.

This season boasts an array of talent from Country favorites to Family Adventure events. Taking the stage will be Robert Earl Keen, SC’s own Blue Dogs, and Dailey & Vincent. Gather the whole family for Mutts Gone Nuts., Perdoni’s Stunt Dog Experience, Fairytales on Ice, come as you are Causal Classics like Verdi’s Rigoletto Opera and The Lincoln Trio. Plus, don’t miss the free community concerts “Under The Canopy” with Spanish Brass in November and the Quebe Sisters in May.

The Make Your Own series returns with even more shows available in the build your own package. Back this year, the more you buy the more you save. Most shows (excluding rental and community events) are available for this package. In one order purchase four shows and save 10 percent, eight shows and save 15 percent or twelve shows for a 20 percent discount; performances must be purchased together. With so much to choose from, the possibilities are endless. Have a group of 10 or more friends? Save $5 per ticket when you buy as a group, call the Box Office for more details at 803-276-6264.

Tickets go on sale to the public August 6 at 10 am. You can buy tickets by visiting the Newberry Opera House Box Office at 1201 McKibben Street in Downtown Newberry, call 803-276-6264, or visit NewberryOperaHouse.com.