Lott named to board of Black Belt Hall of Fame 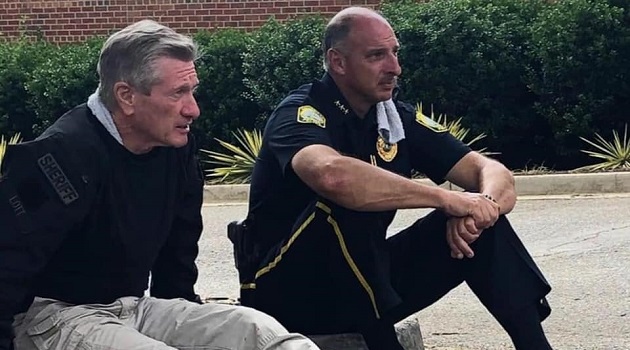 Richland County Sheriff Leon Lott was named to the board of directors of the South Carolina Black Belt Hall of Fame, Tues., Sept. 15.

“Having Sheriff Lott serve on our board reflects our gratitude at the highest level for his character and commitment,” said SCBBHOF Pres. Mike Genova. “His support of the S.C. Black Belt Hall of Fame over the years has been immeasurable.”

Since its inception in the 1980’s (officially founded in 2012), the S.C. Black Belt Hall of Fame has become one of the most-respected martial arts halls of fame in the nation. Among its inductees are Keith Vitali, former U.S. National Karate Champion and one of Black Belt magazine’s top 10 fighters of all time.

Lott is a 45-year career law enforcement officer who has served as sheriff of Richland County for nearly 25 years. He serves on numerous boards and advisory councils including the boards of both the National Sheriffs Association and the Major County Sheriffs of America.

– Sheriff Lott is pictured with Columbia Police Chief Skip Holbrook during a lull in the rioting in downtown Columbia, May 30, 2020.