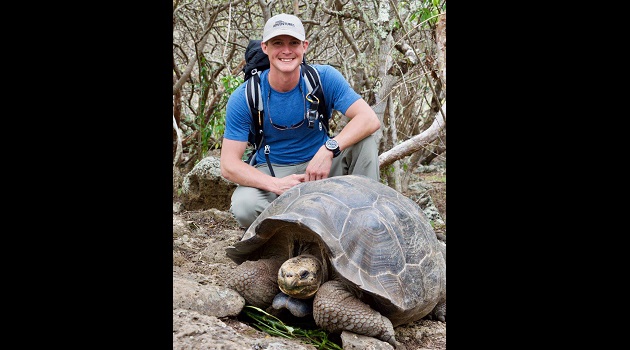 “A huge honor charged with weighty responsibilities,” said the younger Mullikin, who like his father has climbed mountains and mountain ranges on every continent for most of his life. “I’m excited about where we headed with our forthcoming third-annual SC7 expedition and so much more.”

A 2012 graduate of the University of South Carolina and a 2011 graduate of the South Carolina Master Naturalist program, Mullikin Jr. currently serves as the Camden-based Mullikin Law Firm’s Nature and Public Affairs director, a position from which he has often facilitated seminars and helped lead environmental training expeditions worldwide.

Recognized for his global mountaineering work, climbing some of the highest mountains on earth (including the top summits in Europe, South America, Australia, and elsewhere around the world), Mullikin is also an experienced SCUBA diver and certified shark diver and shark feeder, a special designation for feeding sharks at depths outside of a protected cage.

Mullikin holds a second-degree black belt in karate and serves as a martial arts instructor. He is a former officer in the S.C. State Guard, and a former NCAA Division I tennis player, earning ‘most improved player’ honors on the Charleston Southern University team.

“Thomas Jr. is a proven leader who cut his proverbial teeth during some of our most arduous expeditions around the world,” said the elder Mullikin. “Even if he is my son, I’ve never known a tougher, smarter, more determined, stoic load-bearer in all my life. He inspires others regardless of conditions, and he does so always with a smile and a sincere word of encouragement.”

Col. (Ret.) Steve Vitali, U.S. Marine Corps, agrees. “Thomas is one of those rare naturals who would’ve made a great Marine infantry leader,” said Vitali. “We could’ve used more good men like him, and GEA is certainly going to continue benefiting from his innate gifts.”

Mullikin learned of his presidency while navigating up and around Ecuador’s Mount Chimborazo in mid-December. He was named a GEA IRONMAN last September.

GEA – according to its mission statement – was established to “create awareness of environmental sustainability through education of protected areas that are considered natural phenomena with exceptional aesthetic importance and fragile ecosystems for future generations.”

The organization’s stated purpose is to lead expeditions to “environmentally sensitive areas to do research on fragile ecosystems, climates and sustainability efforts that are impacted by climate change.” GEA also provides scientific education through lectures, presentations, and – through media – the broader public dissemination of gathered and finished research-results from Earth’s myriad and unique ecosystems.