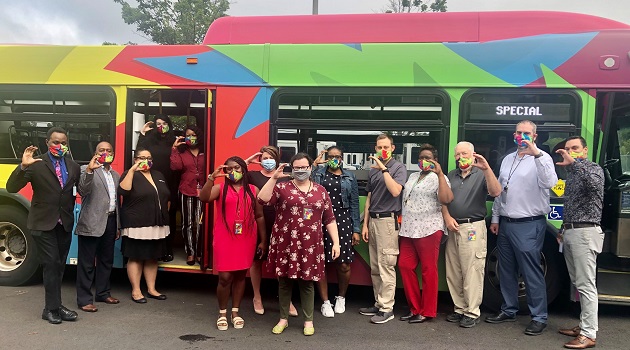 Mayor Steve Benjamin has launched #MaskUpColumbiaSC campaign to inspire citizens to wear masks and other forms of protective facial coverings.

#MaskUpColumbiaSC challenged Columbia citizens of all ages to express their individuality and imaginations by wearing fun and expressive facemasks and then sharing across social media channels and on the newly launched MaskUpColumbiaSC.com website.

To expand the campaign’s social media outreach and footprint, Columbia Economic Development partnered with XOMAD, an influencer marketing agency in Los Angeles, to activate local nano and micro-influencers (median of 15K followers) on social media in Columbia, furthering mass understanding of the importance of wearing face coverings to stay safe, support a resilient and sustainable reopening, and recover the local economy.

As part of the #MaskUpColumbiaSC campaign, the social outreach activated 64 local content creators with targeted audiences, to reach more than 43 percent of Columbia residents within just 3 weeks. The participating influencers shared content across social channels including Instagram, Instagram Stories, TikTok, Twitter, and Facebook, and generated positive responses amongst the reached audience.

Photo: #TheCOMET family has a special message for you to #MaskUpColumbiaSC with us. Stay safe everybody!

Within the campaign’s first week, Columbia citizens posted hundreds of photos wearing facemasks throughout the city in public spaces on the website, as well as virally spread photos and videos across Facebook, Twitter, Instagram and TikTok, with some social influencers receiving more than 1,800 Instagram likes.

Benjamin’s office and the City of Columbia’s Office of Economic Development had researched XOMAD’s effective campaign for the State of California, launched earlier in July, which also relied heavily on nano and micro-influencers. While nano and micro-influencers have a smaller audience reach, their ability to generate strong audience engagement makes them an asset. Instagram in-feed campaign posts earned an average 7.22 percent engagement, compared to the 3.6 percent industry average.