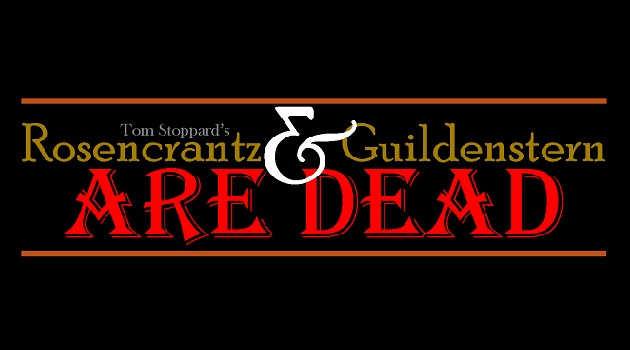 The Columbia Children’s Theatre will be presenting Rosencrantz & Guildenstern Are Dead April 1- 3 at Saluda Shoals Park.

Prince Hamlet of Denmark sets out to avenge his father’s murder, all the while trying desperately to keep his sanity in one piece. That’s all very well for Hamlet — but how does the prince’s erratic behavior appear to casual bystanders not clued in on Hamlet’s schemes?

Part Shakespearean tragedy, part Laurel and Hardy comedy routine, part Waiting for Godot absurdity, Tom Stoppard’s play calls fate, free will, art, reality, communication, and the very constructs of theatre into question, all the while leading two most honorable, adventurous, brilliant, and inept characters on their path to their unfortunate, unavoidable, infamous fate.

“This show is not a softball and has really given the performers the chance to challenge themselves,” says Director Paul Lindley. “A large part of the cast has been working with us for years, and it felt like a great capstone of all their work to give them something they can really sink their teeth into.”

“Rosencrantz and Guildenstern Are Dead is one of the most absurdly amusing plays I’ve ever been in,” says CCTeen William Barr. “The meta-theatricality of this show conveys the intimate relationship between art and real life, questions the certainty of axioms, and makes for an entertaining viewing experience.”

Part of the theatre’s YouTheatre program, Rosencrantz & Guildenstern Are Dead features performers from the CCTeens (Grades 9-12). Created in 2009, the program has trained thousands of young performers in Columbia, and continues to provide unparalleled instruction to the city’s youth.

General admission tickets are $10, and $8 for active military and seniors with proper ID. Advance tickets are strongly recommended, and can be bought securely online at columbiachildrenstheatre.com. For more information, contact CCT at 803-691-4548.
Columbia Children’s Theatre is a professional resident not-for-profit theatre dedicated to providing quality live theatre experiences for families and young audiences and is supported in part by the City of Forest Acres and the South Carolina Arts Commission, which receives funding from the National Endowment for the Arts.