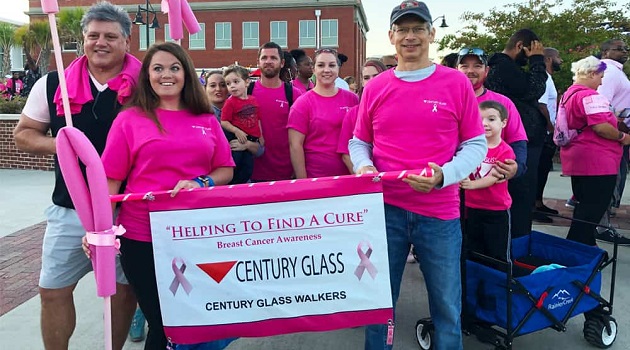 Century Glass, a company which today, consists of 66 team members, is celebrating their 30th Anniversary.

Century Glass’s original location was opened in the growing capital of South Carolina in 1981.

Randy Wright, who started in automotive glass work, took over the company in 2004, with the remaining original staff members on his side. Since then, they have expanded the Century Glass brand throughout the Carolinas and the Mid-atlantic region.

“It takes a team to bring up a company like this and keep it going,” Wright said.

He credits his team with the company’s biggest accomplishments over the last 17 years.

Wright speaks of him and his team opening additional branches in the last six years, as well as taking over the ongoing operations of additional companies, as particularly notable achievements.

“Nobody goes it alone in business. Making it this long is the result of a strong and dedicated team effort,” Wright said. “It’s all about showing up each day, putting in the hard work, and building a group of great people you can trust, day-in and day-out.”

The company also gives back to the community by doing volunteer work with the Department of Aging replacing broken windows for seniors, walking the streets of downtown Columbia every October in support of Breast Cancer research, and many other community events.

Now, Century Glass marks thirty years in business in South Carolina. Upon reaching the milestone Wright extends a heartfelt token of gratitude to the community. He thanks his family, his team members, and the people who have opened their doors (and windshields) to his company.

Photo from Company Website: Randy Wright and his team at a Breast Cancer Awareness event