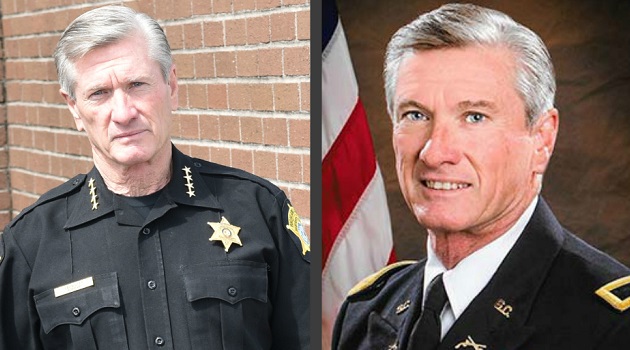 This year, the S.C. State Guard is celebrating its 350th anniversary. As a legislatively mandated all-volunteer state defense force (SDF or state militia), we are easily one of the oldest such state military organizations in existence; perhaps even the oldest mostly continuously existing force of its kind. Granted, the Massachusetts Bay Colony first formed ranks in 1645, but the Massachusetts militia has been activated and deactivated numerous times since, and currently, the state no longer fields an SDF.

The S.C. State Guard’s lineage, however, stretches back to March 17, 1670. That was the date the first English colonists and their accompanying men-at-arms landed at Albemarle Point on the west bank – or what we might refer to as the far side – of the Ashley River.

Those armed men became known as the 1st Provincial Militia, the sole military force defending the new colony against all threats, and the earliest predecessor organization to our 21st century S.C. State Guard. It’s interesting and also-connected that Albemarle Point was named for George Monck, 1st Duke of Albemarle and captain-general of the “Army of the Kingdom of England” and the “first palatine” or Royal authority of the province of Carolina.

Ten years after landing at Albemarle, the settlers including the tiny band of provincial militia packed-up and moved across the river to the east bank of the Ashley on the main peninsula between the harbor and the Ashley and Cooper Rivers. Thus Charles Towne (future Charleston, S.C.) was born, and the rest as they say is history.

In the early days of the Province of Carolina, S.C. militiamen successfully repulsed French and Spanish invaders. They attacked St. Augustine, FL, in 1706, and they won the Yemassee War in 1715.

Numerous colonial wars and expeditions followed until the eruption of the American Revolution in 1775 and 1776 when S.C. militia units were formed into three brigades under Generals Francis Marion, “the Swamp Fox;” Thomas Sumter, “the Gamecock;” and Andrew Pickens, “the Fighting Elder.”

In 1903, the U.S. Congress enacted the Militia Act which established a National Guard, which unlike the state militias from which the new National Guard was born, could be federalized. The new S.C. National Guard now also enjoyed a parallel lineage with the S.C. militia. The old S.C. militia was in a dormant period for the next 14 years, but it was reactivated during World War I to fill the gap in S.C. left by S.C. National Guard troops who were deployed to the Western Front in France, 1917-1918.

Then in 1941 as World War II was raging across Europe and the Pacific, S.C. Gov. Burnet Maybank signed into law the S.C. Defense Force, the final predecessor organization to the S.C. State Guard.

Like our all-volunteer militia forebears, S.C. State Guard is among the first organizations to respond if-and-when natural or manmade disaster strikes our state. In his remarks on the floor of the U.S. Congress in June of this year, Congressman Joe Wilson referred to the S.C. State Guard being made up of “highly trained and ready professionals,” adding that “when serious natural or man-made disasters strike our state, the mission of the State Guard is to quickly respond to protect people and property and to help communities recover.”

And we do. We will. We have. Operating in coordination with S.C. National Guard forces, law enforcement, and other state, county, and municipal agencies during time of emergency, the State Guard has proven itself time-and-again. For instance, when Hurricane Joaquin struck our state in 2015 followed in successive seasons by Matthew (2016), Harvey (2017), Florence (2018), and to a lesser degree Dorian (2019); the men and women of the S.C. State Guard were among the first to respond providing everything from engineers to medical teams, to emergency supply logistical and distribution assistance and legal support, law enforcement support, even performing high-risk search-and-rescue missions.

As a component part of the S.C. Military Dept. – which also oversees the S.C. Army National Guard, the S.C. Air National Guard, and the Emergency Management Division – the S.C. State Guard and its members have worked shoulder-to-shoulder with federal, state, and local first-responders, coordinating efforts, and filling the gaps.

In his remarks, Congressman Wilson reminded us that “in 2018 alone, the nearly 1,000 members of the State Guard volunteered more than 90,000 hours protecting the
lives and property of South Carolinians.”

Later this summer or in early fall, depending on the direction the current COVID-19 pandemic takes us or any storm threats as we near the height of the 2020 hurricane season, the S.C. State Guard will host a 350th-anniversary celebration. Please join is in celebrating not only our history, but the volunteer men and women who have made that illustrious history what it is today.

Later this year, the S.C. State Guard will host a formal 350th-anniversary ceremony at our historic Olympia Armory in Columbia. Please join us in celebrating not only our rich history, but the volunteer men and women who have both made that illustrious history what it is today and who we will be in the future.

– Brig. Gen. Leon Lott is both commander of the S.C. State Guard and sheriff of Richland County.