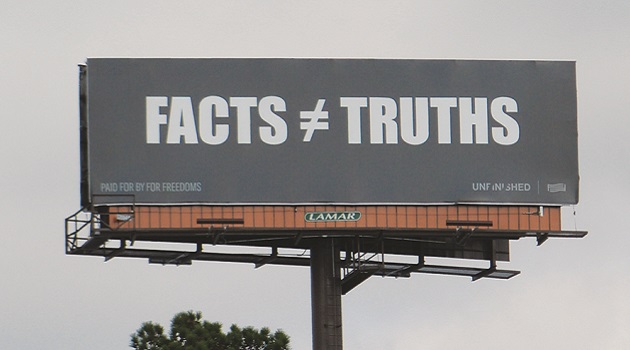 A strange message on a billboard is raising questions as to its meaning. While traveling through West Columbia on I-26 West, between exits 111 and 110, this billboard looms to oncoming traffic with a nefarious sounding message leaving those who view it pondering what it all means. That is exactly the kind of reaction the creators of this and other billboards around the nation were trying to achieve.

For Freedoms co-founders Hank Willis Thomas and Eric Gottesman commissioned an art designed billboard campaign which was launched this October in 50 states including Washington, D.C. This display of social messages is called the 2020 Awakening campaign which promotes the four freedoms of awakening, listening, healing and justice. The name is based on the Wide Awakes of 1860 movement which allegedly helped Abraham Lincoln become president by inspiring ordinary people who wanted a radical future.

The hope is that these thought provoking messages will open civic dialogue about freedom and equality on a national scale.

The For Freedoms organization began as a political super PAC in 2016 and it has grown into art founded social initiative. Other slogans on billboards are “Freedom is not Guaranteed,” “VOTE and continue to dream” and “Does Black innocence matter?” Each billboard is different in design, some with pictures and some just words. The billboards will remain up until the end of November.