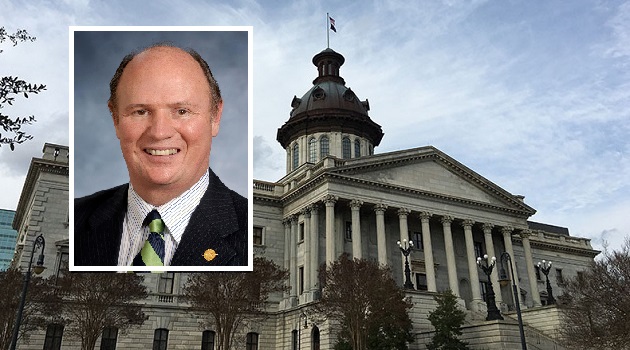 South Carolina Senator Thomas C. Alexander (R–District 1–Oconee and Pickens Counties) was sworn-in as president of the S.C. Senate, Dec. 6, following a Senate-members election in which he received enthusiastic support from both sides of the aisle.

“Not surprising,” say colleagues and friends who have worked closely with Alexander for the past three decades-plus wherein the new president has held key leadership posts in both the S.C. House of Representatives and the S.C. Senate. Alexander is, in fact, the first legislator to have served as chairman of both the House Labor, Commerce and Industry (LC&I) committee and then the Senate LC&I committee.

“He [Alexander] literally puts the servant back into servant leadership and public service,” said Dr. Tom Mullikin, a longtime friend of Alexander and chair of the S.C. Floodwater Commission. “This is a reality about this man and model legislator that is broadly recognized, and it is why he received the kind of bipartisan backing he did in the election.”

A 1978 graduate of Clemson University, owner of Alexander’s Office Supply in the Upstate, husband, father of three children and grandfather to 13; Alexander began his political career when – like his father – he was elected to the Walhalla City Council in 1982. Three years later, he became Mayor Pro Tempore. In 1986, he was elected to the S.C. House of Representatives. In 1994, he was elected Senator.