You Know You Are Getting Old When….Part 1 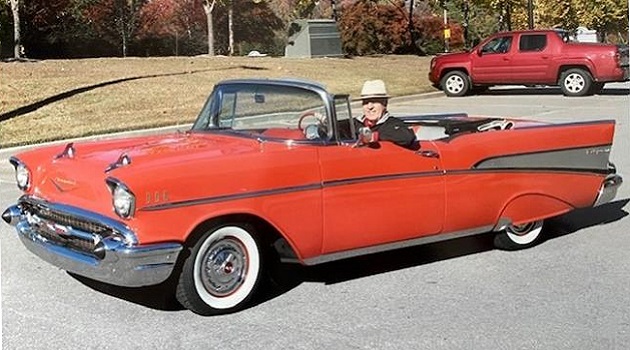 Many of you recall the 1950’s as “The Good Old Days” described by historians as the most remarkable era in American history filled with members of the “Greatest Generation!” Now, pause and think back if you lived during that period. The younger crowd will find it hard to grasp your early lifestyle comparing what they are experiencing today! Let’s go back in time!

HOME AND FAMILIES: The average couple married at 21 years old or younger (Today it’s 34), had children early on, and the divorce rate was 19%. We didn’t lock our home doors since we felt safe. Few people had air conditioning and opened their screened-windows at night. Some families had shared-party-telephone-lines and snoopers often listened in on others’ juicy conversations. You didn’t have a telephone-rotary-dialer. When you picked up the handset, the operator greeted and connected you with another party. Food delicacies were “Moon Pies and RC Colas.” Remember those bland Swanson frozen TV dinners? Bottled milk was delivered to your doorsteps and many families grew and canned much of their own food. Some had exterior toilets called “Out-houses” but no running water or electricity. My great grandmother had a manual well pump located inside her home and vehemently refused to have that “nasty modern thing called a toilet” installed in her house! The bowl and pitcher where she and others washed their hands sits in my office to remind me of her and the times.

ENTERTAINMENT: Families were fortunate if they owned one black/white television which received 1-2 channels and many had only radios. Popular television shows included Superman, Lone Ranger, Leave-It-to-Beaver, Perry Mason, Wagon Train, I-Love-Lucy, and Dennis-the-Menace. It costs 25 cents to go to the movies and all media was carefully screened to eliminate profanity or risky scenes. The scariest movies were The Blob, The Fly, Dracula, Frankenstein, and The Thing from Another World; television shows directed by Alfred Hitchcock; and The Twilight Zone. We read Dick Tracy in the newspaper and marveled how he communicated through his watch! After school, we played outside with friends until dark and walked a mile from home without fear. Children could just be children back then versus all the pressures facing youth today. Elvis Pressley and Rock/Roll were surfacing with parental fears; teenagers were buying 45 vinyl records like crazy; and American Bandstand was being pumped into 40 million homes! Many remember the infamous black/white television’s “test pattern” which appeared when networks signed off at midnight!

CARS: Many families had one automobile and the most-desired vehicles were 1957 Bel-Airs costing $2,000. When I drive my classic cars from the 50’s and 60’s, they are like time machines. I often wish I could talk to their original owners! Station attendants cleaned your windshield and pumped gasoline for 25 cents a gallon. There were more dirt roads than paved highways. Cars had optional AM radios that might pick up a few stations and air conditioning was a rare luxury. There weren’t any drive-through-car washes, but we did have drive-in theatres. You could tune simple car engines with flathead screwdrivers and timing lights.

SCHOOL AND SOCIETY: I grew up in a small town, Darlington, SC, and if you did anything wrong, word got out quickly. Educators, police, politicians, and pastors were respected. Schools were fun, safe places where we learned in the classroom, and played outside during recess, especially with marbles. Cafeteria food was fairly healthy and home-cooked. The smiling cafeteria workers were our pals. There were few behavioral problems and if you misbehaved, the teacher only threatened you once or the principal’s paddle might be introduced to your bottom! Student suspensions were unheard of. Parents and principals fully supported educators; teachers’ words superseded students—No exceptions! “Yes-Sir” and “Yes-Ma’am” were required when addressing elders. Going to church was part of a family’s life and every pew contained hand fans to cool oneself. Guns were mostly used for hunting and felony shootings were rare. Now extinct payphones were everywhere in case you needed to call someone while travelling. Many of us were raised by African-American nannies while our parents worked. I will never forget the love she taught and bestowed on me. Segregation was strong in those days, and our races were separated.

ECONOMY: Annual salaries averaged $4,500 and homes cost $10,000. Three-inch Sears and Penny catalogs were mailed to every family. Belk department stores had x-ray machines where you placed your feet into the device to see if your new shoes fit (A fascinating, fun but radioactive danger!). There were no credit cards and if you didn’t have money, you didn’t buy it. There were no drive-through fast-food outlets. A first-class letter costs 3 cents (1932-1958). Most small towns only had one, trusted doctor. A pack of cigarettes costs 25 cents and were promoted as being glamorous. Everyone was unaware of the smoking dangers. There were no gyms to exercise. While men were the primary breadwinners, most females managed the home and raised children. World War II and Korean War lured women into the workplace.

The Bottom Line: Well, things have really changed since the 1950’s! We do need a lot of the “Good Ole Times” in our present day! And our society could use a good dose of the Biblical Fruits of the Spirit as outlined in Galatians 5:22-23: “Love, joy, peace, patience, kindness, goodness, faithfulness, gentleness, and self-control.”

But then, I thank God for luxuries we have today that didn’t exist back then as I sit in my air-conditioned, high-tech home office listening to the Rolling Stones sing Mother’s Little Helper: “What a drag it is gettin’ old!” Stay tuned next week for some “getting old” humor!

Our family’s purpose is to “Create Opportunities to Improve Lives.” Visit Mike’s non-profit website www.mikedubose.com for 100+ published articles on many, different topics or you can write to him at [email protected]