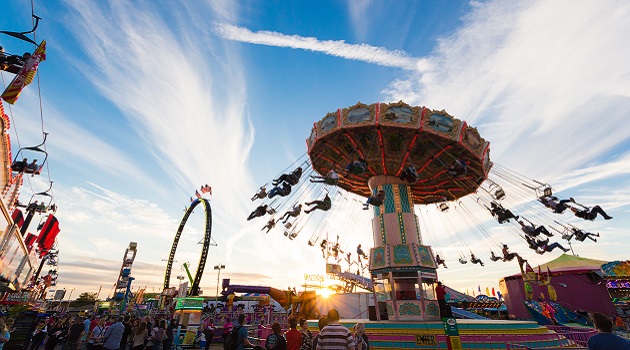 The South Carolina State Fair, the state’s largest annual event, is now accepting temporary employment applications for this year’s 12-day fair, which takes place October 12 – 23 at the S.C. State Fairgrounds. Those wishing to apply can view available positions and apply at scstatefair.org/employment.

“The fun, friendships and excitement of working at the South Carolina State Fair is always a great draw for our employees,” said General Manager Nancy Smith. “Along with most of the country, we are also seeing the effects of the current labor shortage. We still have some great temporary positions to fill, all of which come with some pretty unique benefits.”
In addition to being part of a nonprofit that helps support South Carolina, there are other benefits that come with working at the S.C. State Fair, including:

Since its founding, the fair has been an economic contributor to the local economy and an engine for more than $16.6 million in wages. The fair hires 600 people to work in the month of October. In addition to the fair, vendors and the carnival also hire locally. The fair has a total annual economic impact of more than $45.5 million and welcomes nearly 500,000 people from across the state and the southeast.

The fair is a self-supporting 501(c)3 nonprofit organization that is dedicated to preserving and promoting South Carolina’s agricultural roots, as well as supporting statewide education. Since 1997, the fair has awarded more than $4 million in scholarships.