SafeTALK about the real threat of suicide 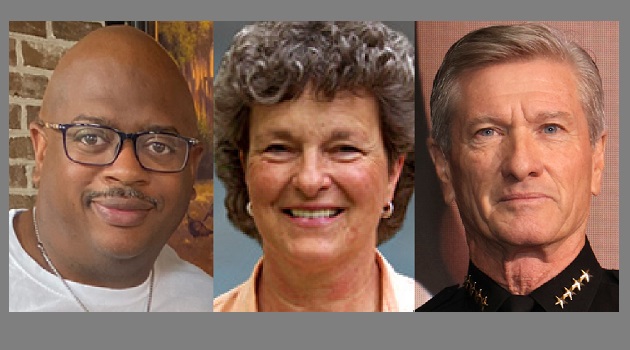 The training developed by LifeSource and hosted by Building Better Communities (BBC) and members of the Harvest-Fellowship Sunday School class at Columbia’s Northeast Presbyterian Church taught attendees to identify risks of potential suicide in others and then appropriately respond before mental distress devolved into taking one’s own life.

“We need to quit putting our heads in the sand when it comes to suicide,” said Richland County Sheriff Leon Lott addressing those gathered prior to training. “We don’t talk about this enough, and we need to be messengers to others about the gravity of this threat to life.”

Lott well knows. His grandfather and an uncle took their own lives, and three Richland County deputies have committed suicide since 2001.

“Emotional wellness for law enforcement officers is critical,” said Lott, whose Richland County Sheriff’s Department conducts pre-PTSD conditioning training for all deputies before they ever hit the street. “But it’s also critical for the general public, for the communities and the equally vulnerable citizens and families we serve.”

Lott pointed to two separate suicides committed by civilians within his department’s jurisdiction the previous night, Nov. 5, as examples of why suicide awareness and prevention training are necessary for all.

“We simply have to talk about this,” Lott added.

Perry Bradley, founding director of BBC, said: “It’s so important that we are able to identify others who are in trouble, and sometimes even identify it in ourselves.”

“We have to be tough and we have to be strong because that’s how we’re brought up and that’s where we came from,” said Benedict College student Oscar Wyatt during a post-training interview with WIS-TV. “We need this, especially in the Black community. And with me going to an HBCU [Historically Black Colleges and Universities], I feel like that’ll be the perfect opportunity to start.”

According to the CDC, suicide is the third leading cause of death for those ages 10 to 24 in South Carolina, though all ages are at risk.

The relationship between BBC and the Harvest-Fellowship Sunday School class was developed through Lott’s and RCSD’s longtime relationship with Bradley and BBC.