LIVE PD to return as ON PATROL: LIVE 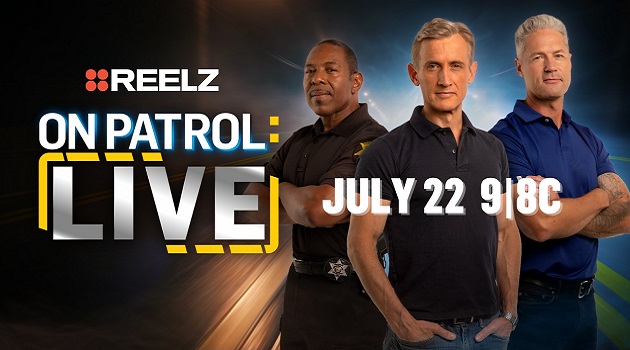 The Richland County Sheriff’s Department (RCSD) – the only LIVE PD featured law enforcement agency that had been with the hit A&E television series every week since its inception in 2016 through its conclusion in 2020 – returns this month on a new program, On Patrol: Live, produced by Half Moon Pictures and airing on cable channel REELZ.

“We are looking forward to being part of this new series, On Patrol: Live,” says Richland County Sheriff Leon Lott. “A program such as this in which our work within the various communities we protect and serve is showcased, only reinforces and heightens the trust we have worked so hard to build in the communities.”

Set to air July 22, On Patrol: Live will follow the same format as LIVE PD, “simultaneously following police officers in different U.S. cities live over the course of three hours,” according to the Wall Street Journal. Like LIVE PD, the program will run on Friday and Saturday nights from 9:00 p.m. until midnight.

The program’s studio location is in Jersey City, New Jersey.

Why a LIVE PD redo after it was cancelled following Black Lives Matter protests and pockets of nationwide rioting in the wake of George Floyd’s death in May 2020?

“Transparency is an absolute requirement when it comes to policing,” said Chuck Archie, a member of RCSD’s Citizens’ Advisory Council, in a June 8, 2022, announcement released by REELZ. “We are a diverse group in every way – race, socioeconomics, politics and so much more – which is why giving local law enforcement the community perspective on issues is so important, and conversely, why it’s so important for the community to be able to see what officers are doing. We see a live show like this as having a positive effect on our process.”

“Law enforcement is front and center in the national discussion, and our hope is that showing the work of police officers in a live format will provide viewers with direct access to the work they do,” said Abrams for VARIETY magazine. “I’m thrilled our team is finally back together and excited that Reelz has committed to making this show front and center on their network.”

According to a fact sheet released by REELZ and Half Moon Pictures, “On Patrol: Live maintains a small production crew in each location where departments participate in the show (crews are not featured on the show). The show’s camera crews are a small, unobtrusive team typically consisting of two camera people and multiple fix-mounted cameras. In addition to the live nights on Fridays and Saturdays, On Patrol: Live films with the departments during the week.”

REELZ is available in 70 million homes on DIRECTV, DISH Network, Verizon, AT&T U-verse and Xfinity, Spectrum, and many other cable systems nationwide.